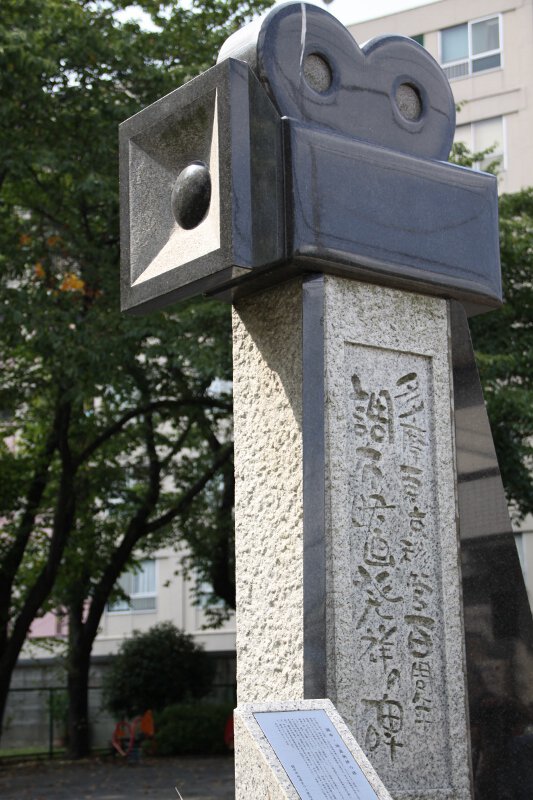 The "Monument of movie actors" and the "Monument for the birthplace of Chofu film" are located in the "Tamagawa 5 chome children’s park" that was once a part of the site of Nikkatsu Tamagawa shooting studio.
Before the World War II, the current Kadokawa Daiei Film Studio got its start at the Nikkatsu Tamagawa shooting studio lot; the site of the studio was not limited to the current studio, it ranged from Chofu South High School to a railway track on the Keio Sagamihara line.
Names of past movie actors are engraved on the "Monument of movie actors", and on the "Monument for the birthplace of Chofu film", the purpose of the construction of this monument is engraved, which was to commemorate the history of the movie industry in Chofu and to promote the future industry.