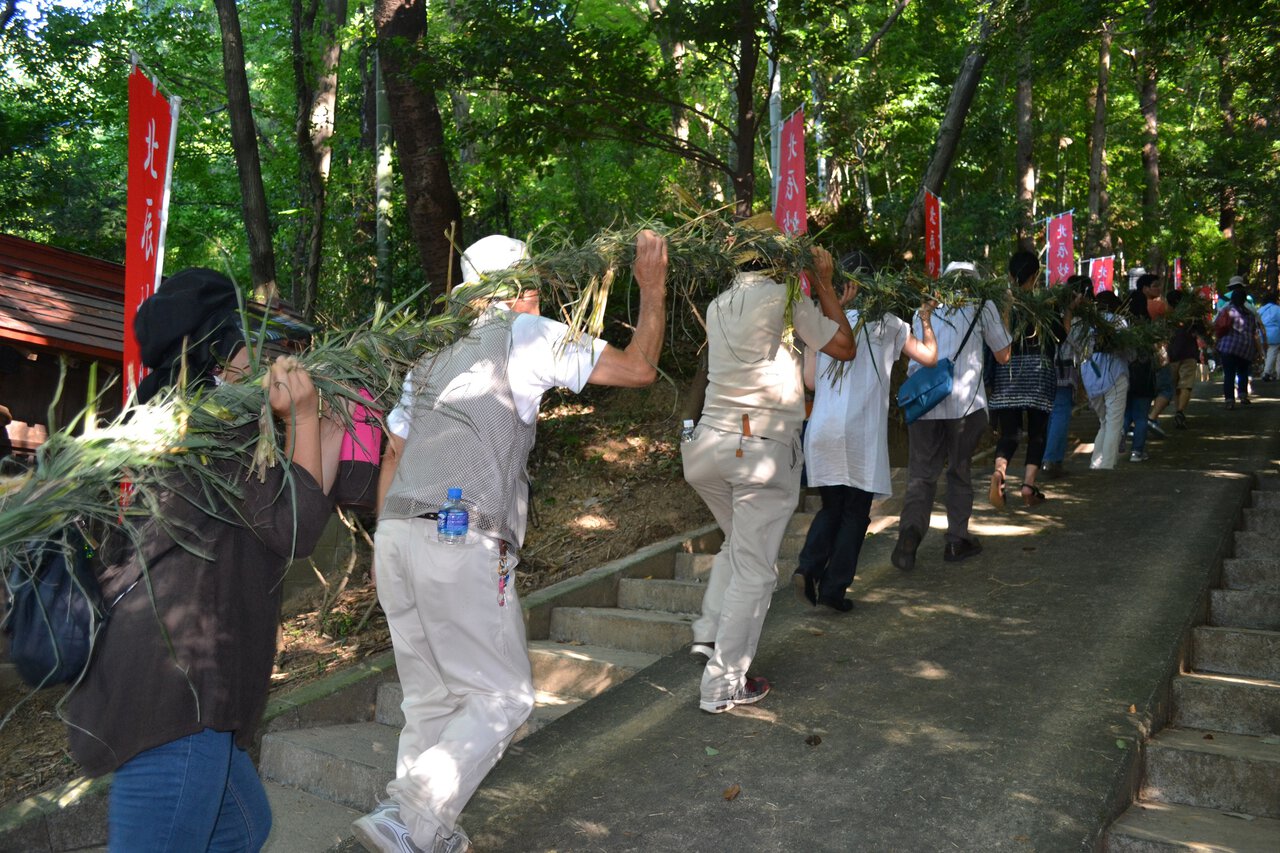 This is one of Japan’s few temples worshiping a hybrid of Shintoism and Buddhism.
It is located on the high ground and has a view encompassing Tama River and the edge of the urban center of Tokyo.
The temple has a fudezuka monument with an inscription by the hand of Momose Ungen, a calligrapher from Momura of the late Edo period (1603-1868).
On August 7th every year, the temple holds “Hebiyori-gyoji,” which has been designated by Tokyo Metropolis as an intangible folk-culture asset.
During this activity, people create a large snake out of yew branches.
The snake is 100 to 150m long, and touching it is believed to protect you from misfortunes and illnesses.