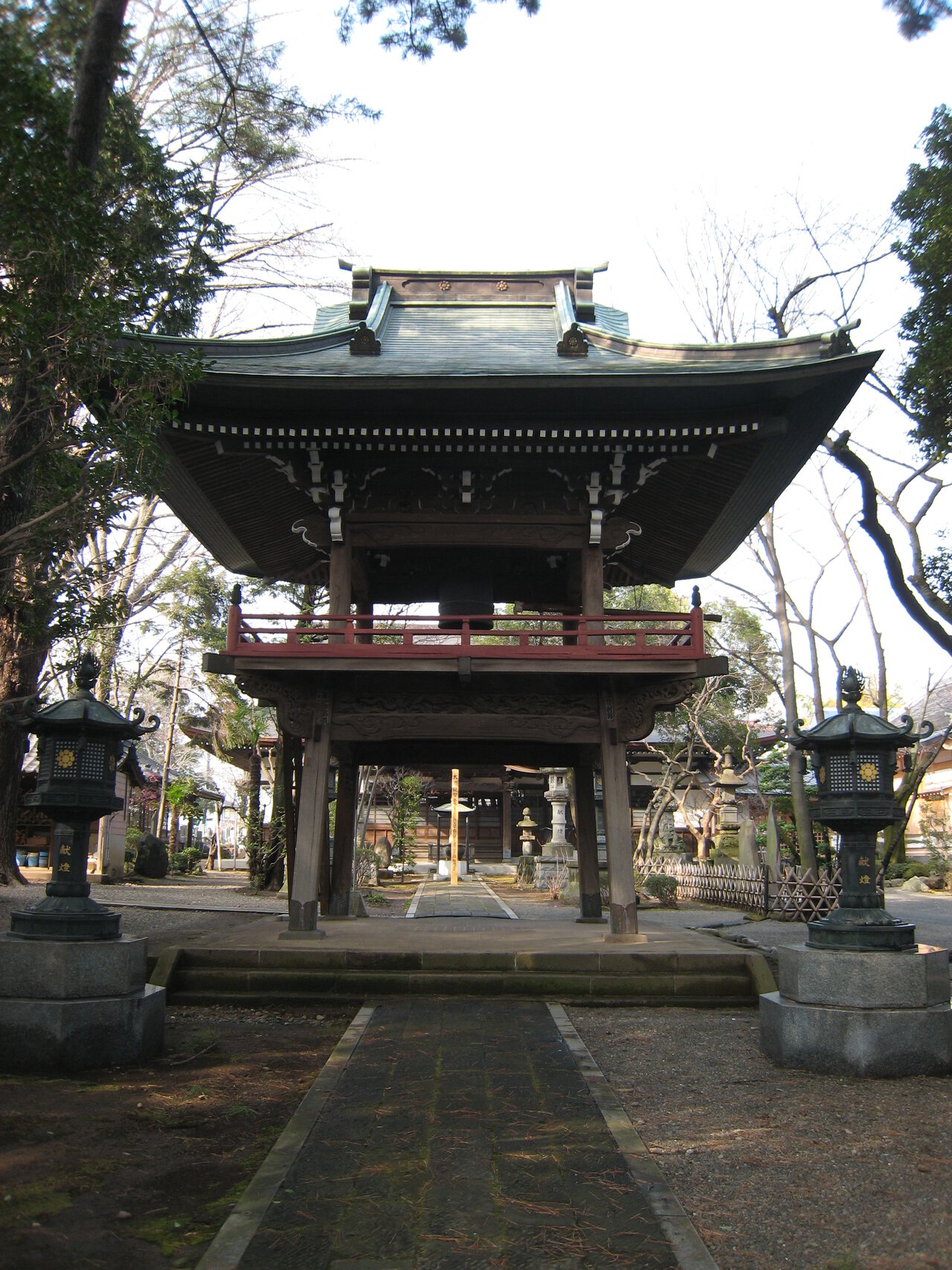 It is said that Senryuji Temple was founded by a renowned Japanese monk Rouben.
The main hall, Kaizando hall, Shoromon gate, Sanmon gate in the precincts are designated as cultural assets of Komae City.
The main hall was constructed in the early 18th century, and the Kaizando hall, Shoromon gate, and Sanmon gate were built in the middle of the 19th century.
The temple retains many remnants in those days.
Among them, the Shoromon gate is a rare gate with four pillars.
The Shoromon gate looks its best in the serene precincts richly endowed with nature despite its close distance to the station.
The Senryuji Temple Buddhist Library in the precincts stores many Buddhist books and exhibits the treasures of the temple.
Adjacent to the precincts, the Benzaiten Pond was known as “a spiritual spring” in the early 19th century, and legend has it that water welled up when Rouben prayed for rain.