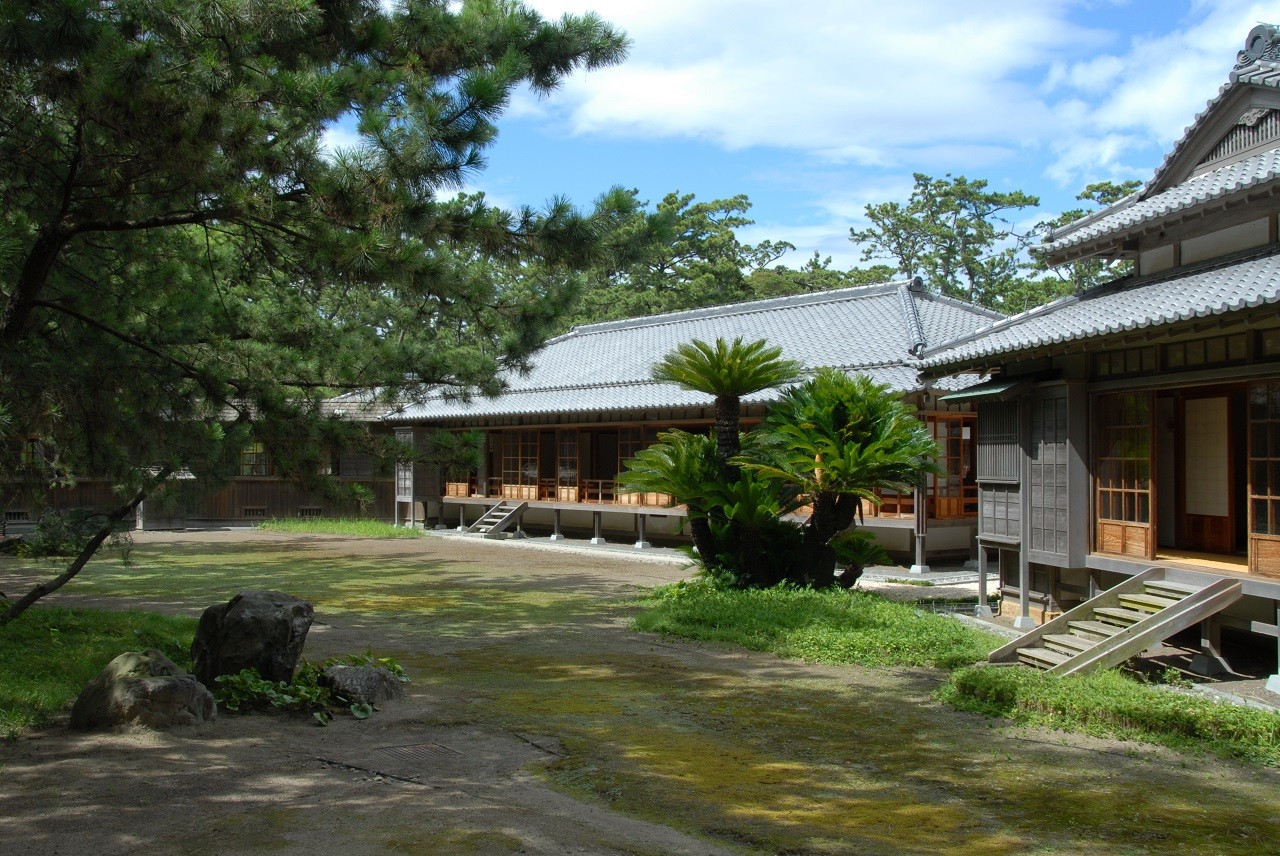 This villa was built in 1893 as a retreat for Emperor Taisho (he was Crown Prince at the time).
Since then, it has been used by three generations of imperial families: Meiji, Taisho, and Showa.
In 1970, the property reopened as Numazu Imperial Villa Memorial Park.
In 2016, it was designated as the National Site of Scenic Beauty.
Visitors are allowed to walk around in the garden, in which flowers bloom in each season, or enter the villa’s West Annex where you can take a look at the furniture and daily-use implements that have been preserved over generations.

Transportation
Take a bus from the south exit of JR Numazu Station and get off at Goyotei.