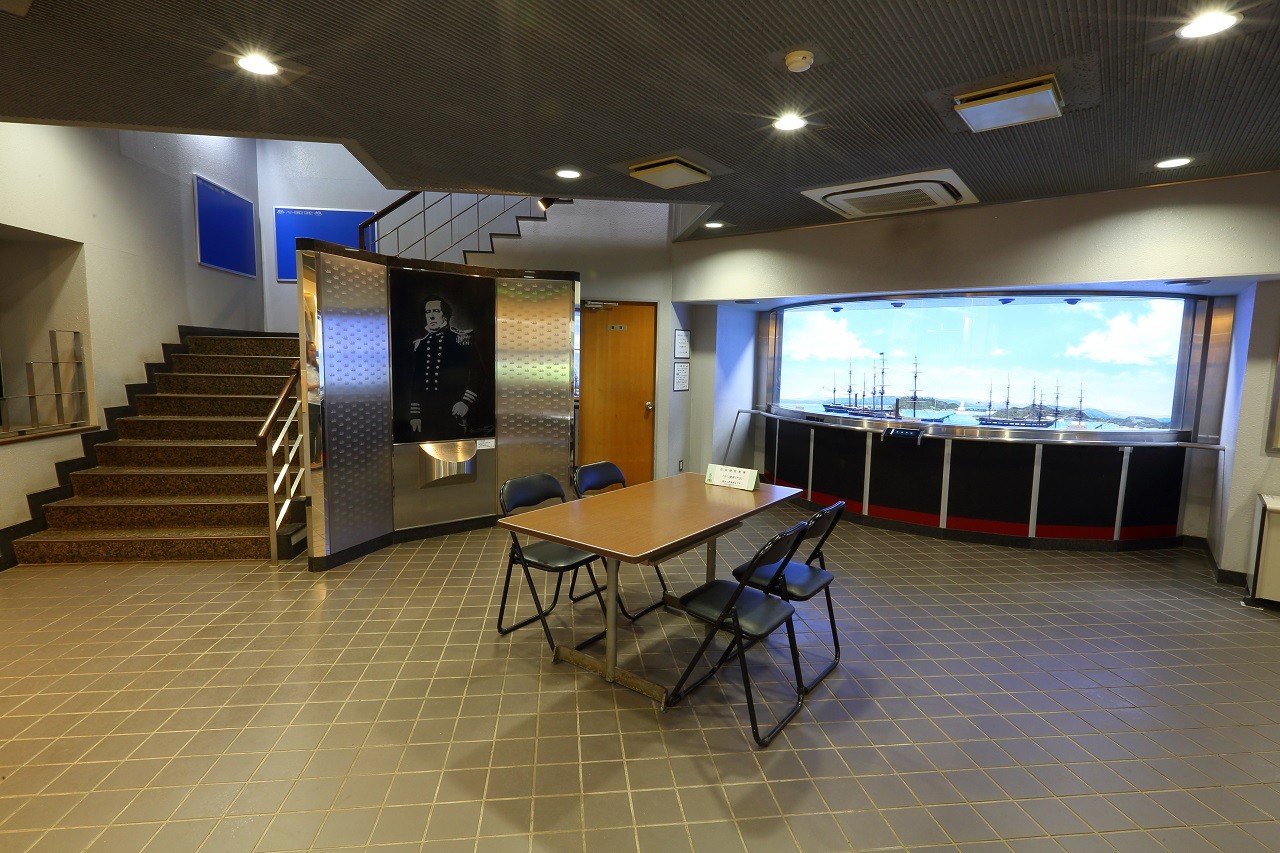 The Perry Commemorative Museum exhibits written sources of historical information, scale models, and other items related to the arrival of U.S. Navy commander Matthew Calbraith Perry in Japan in the 19th century.
Picture scrolls and newspapers from the time convey the astonishment and reactions of the people of Japan toward the arrival of Perry and his foreign vessel.
The Commemorative Museum’s mission is to inform people of the facts and historical significance of the arrival of Perry for generations to come.

Closed
Monday (If Monday is a national holiday, the next day)
Year-end and new year

Parking
Parking space is available only for large buses (in-advance reservation is required).