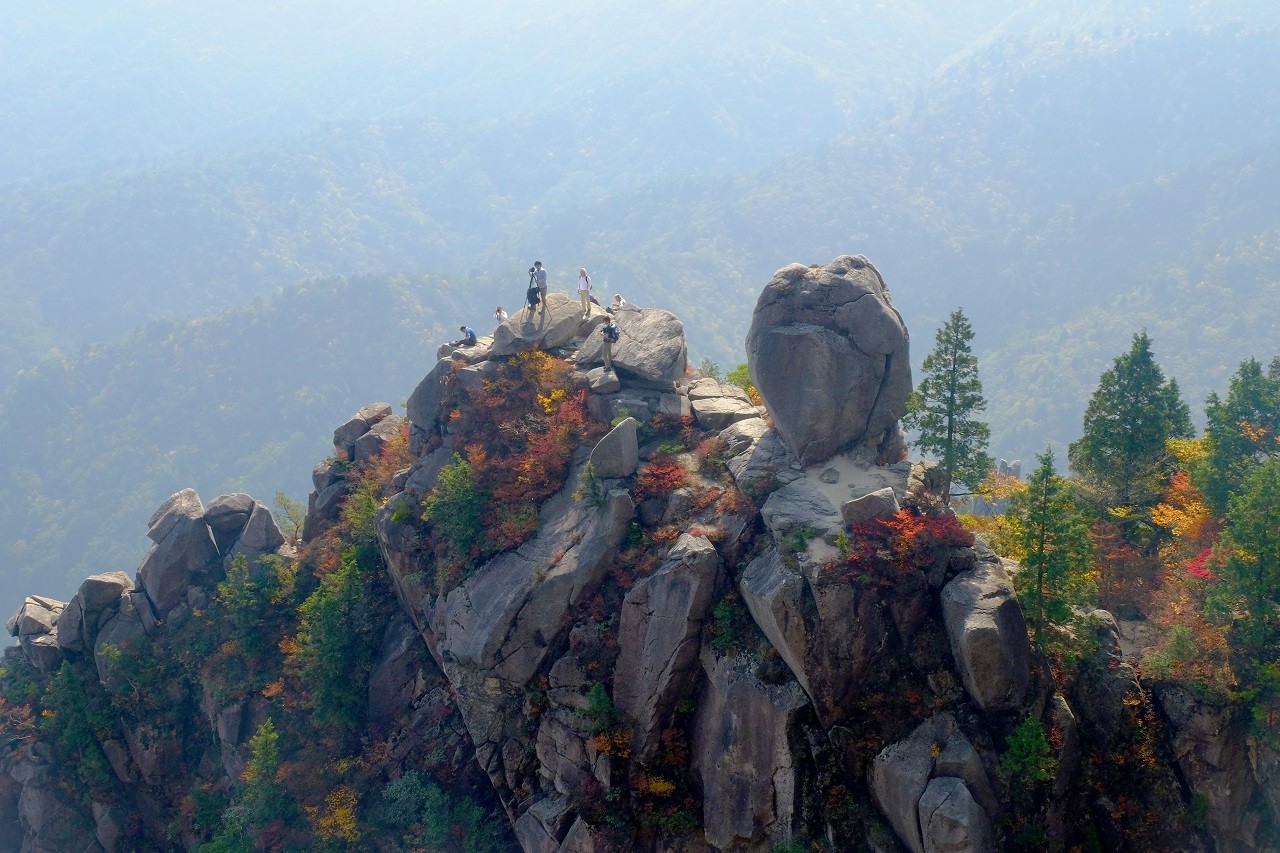 Mount Gozaisho is the highest peak of the Suzuka Mountains at 1,212m above sea level.
There is a mountain hot spring at the foot of the mountains, while its ropeway, one of the longest in the world will take you to the mountaintop park.
The mountain is composed of granite, with a large number of cliffs including the "Tounai Cliff" that is popular with rock climbers, as well as odd-shaped and giant rocks like the "Jizoiwa".
The foothills have rare ecosystems that are home to many of Japan's native flora and fauna.
With plenty of mountain trails, throngs of mountaineers flock here throughout the year.
Additionally, it also has the only ski resort in the prefecture.