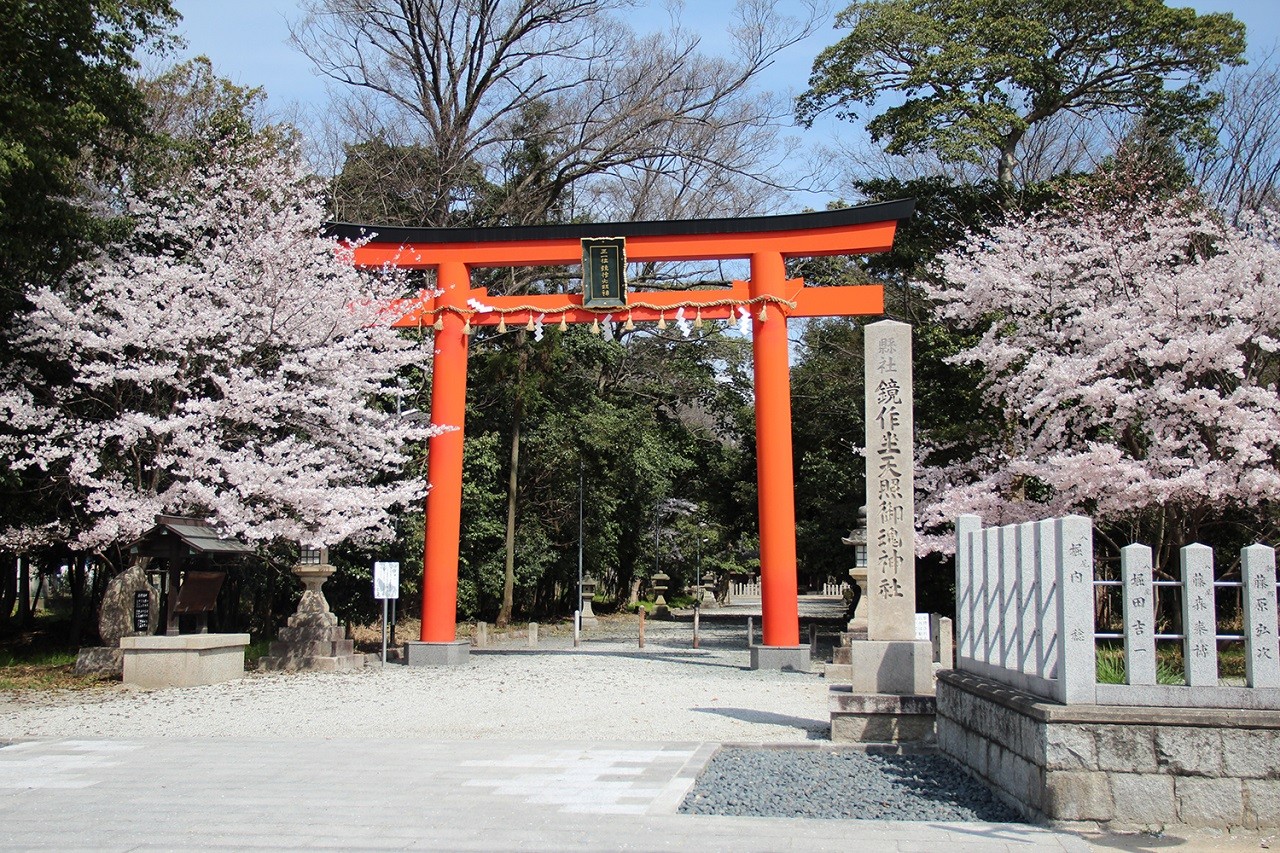 The gods that have been worshiped here since ancient times as mirror casting gods are Amateru Kuniteruhiko Hoakari, Ishikoridome, and Amenonukado.
The mirrors featuring three gods and two beasts are the shrine's treasures, but it is believed that the outer edge of the triangular rimmed beast mirror is missing. Even now, companies that produce mirrors come to pray to the gods here.
Every February (on the Sunday nearest to February 21st), the Mita Planting Festival is held at the shrine to pray for a good harvest and in which it is believed that the wilder the cows rampage, the more blessed the region will be with rain.