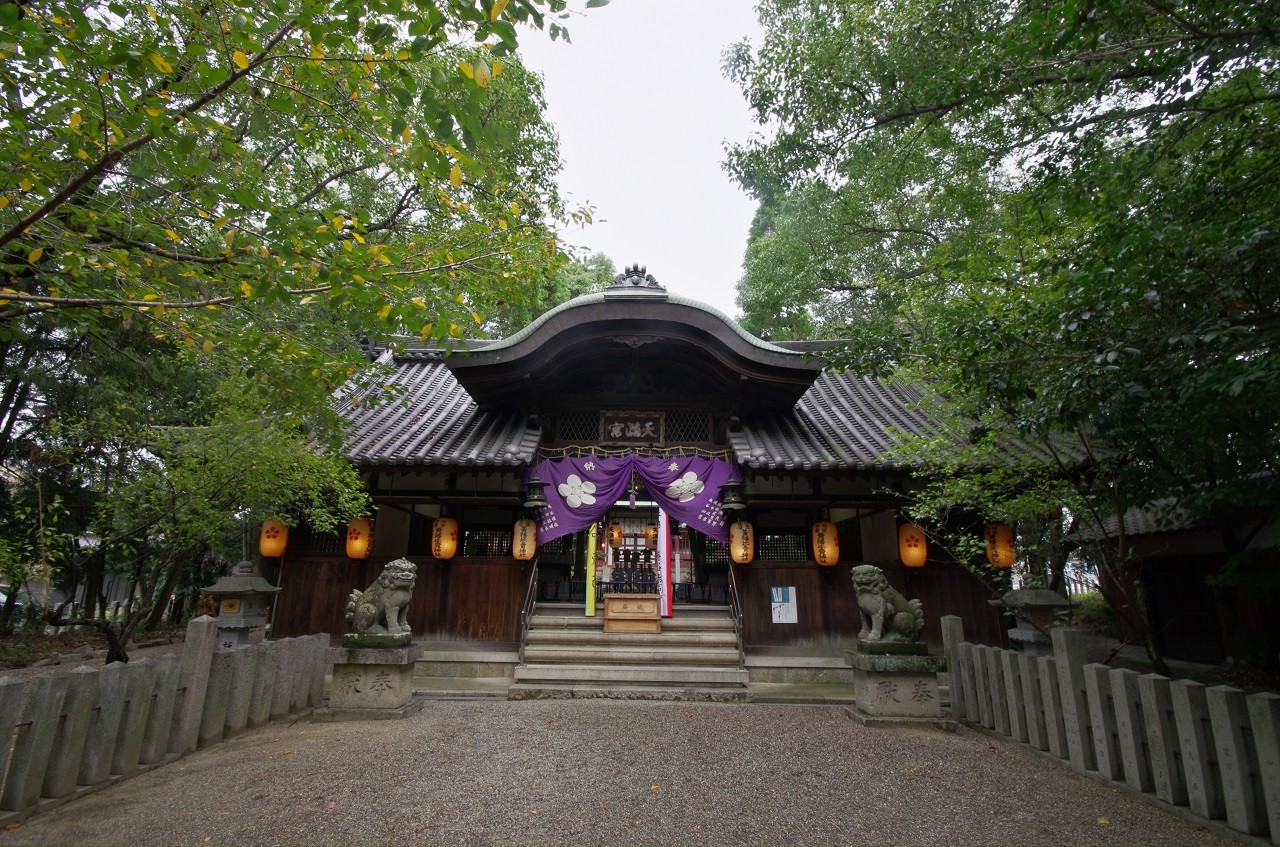 This old shrine enshrines the god of weaving and reveres Hata no Kawakatsu, founder of Hokiji Temple.
Deities worshiped include Takuhatachijihime and Sugawara no Michizane, with the shrine known as Tenmangu until the first year of the Meiji period.
The medieval Tenmangu shrine was the guardian shrine of the Hasegawa clan, lords over the local area.
Even into the early modern period, Jisso-in Temple of Hokiji presided over shrine affairs until this relationship was severed by the separation of Shinto and Buddhism in the 19th century and the shrine gained a separate identity as Ike Shrine. Five stunning "sansha" (large mobile festival floats) from the shrine enter each year into the annual autumn festival (Saturday and Sunday falling nearest to October 19) to celebrate a good harvest.