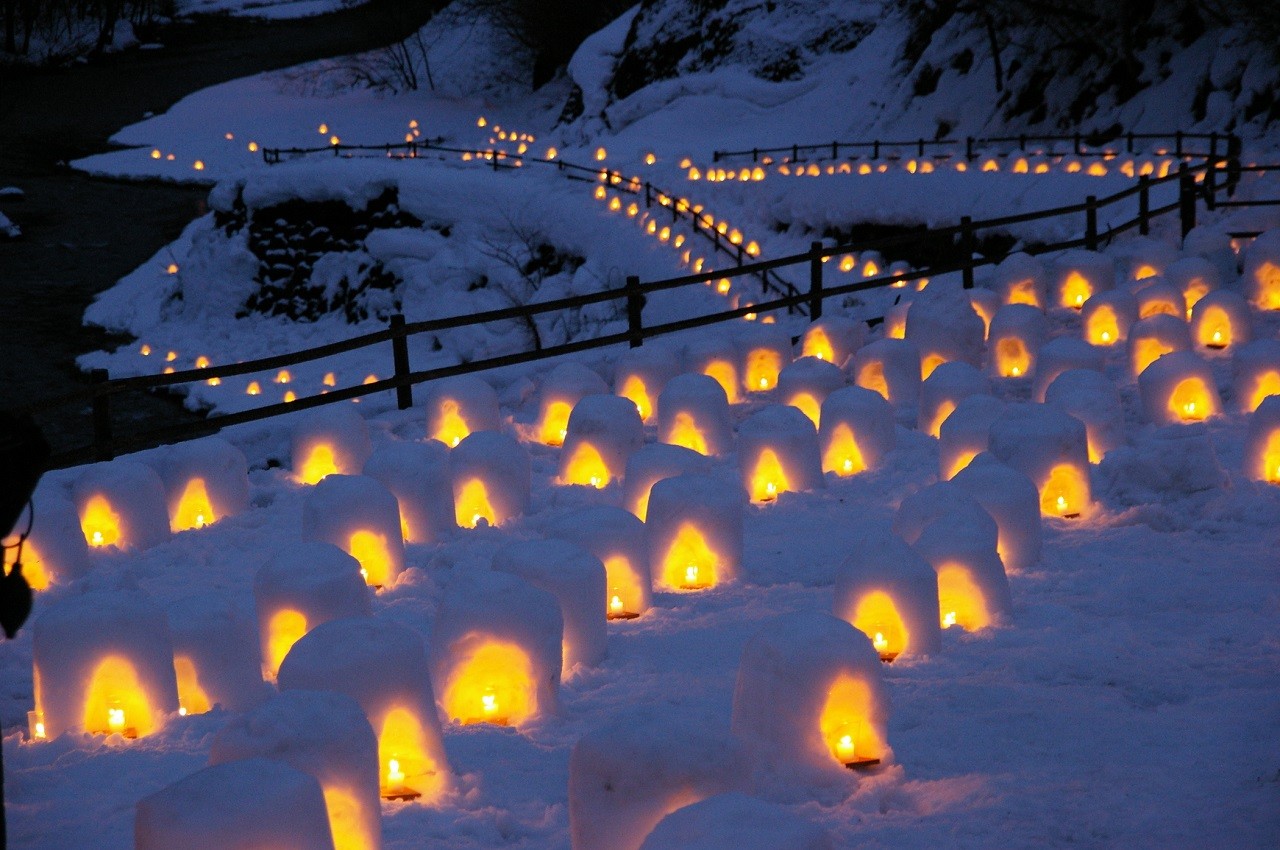 This is a historic onsen that is said to have been where the Heike family healed their injuries after discovering a hot spring gushing from the river bed while fleeing after their defeat in the Battle of Dan-no-ura.
Inns and private houses line the valley of Yunishigawa River, part of the class-A Tonekawa river system and where the onsen derives its name.
Not only can you enjoy an onsen with an ample quantity of water, you can also have your fill of local cuisine that lets you feel the four seasons, such as river fish, mountain delicacies, wild birds, deer, bears, and salamander.
The Ochiudo cuisine, in which miso wrasse and other dishes are thoroughly roasted in a sunken fireplace, is also famous.

About 20 minutes by the Nikko Kotsu Dial bus from Yunishigawa Onsen Station on Yagan Railway.