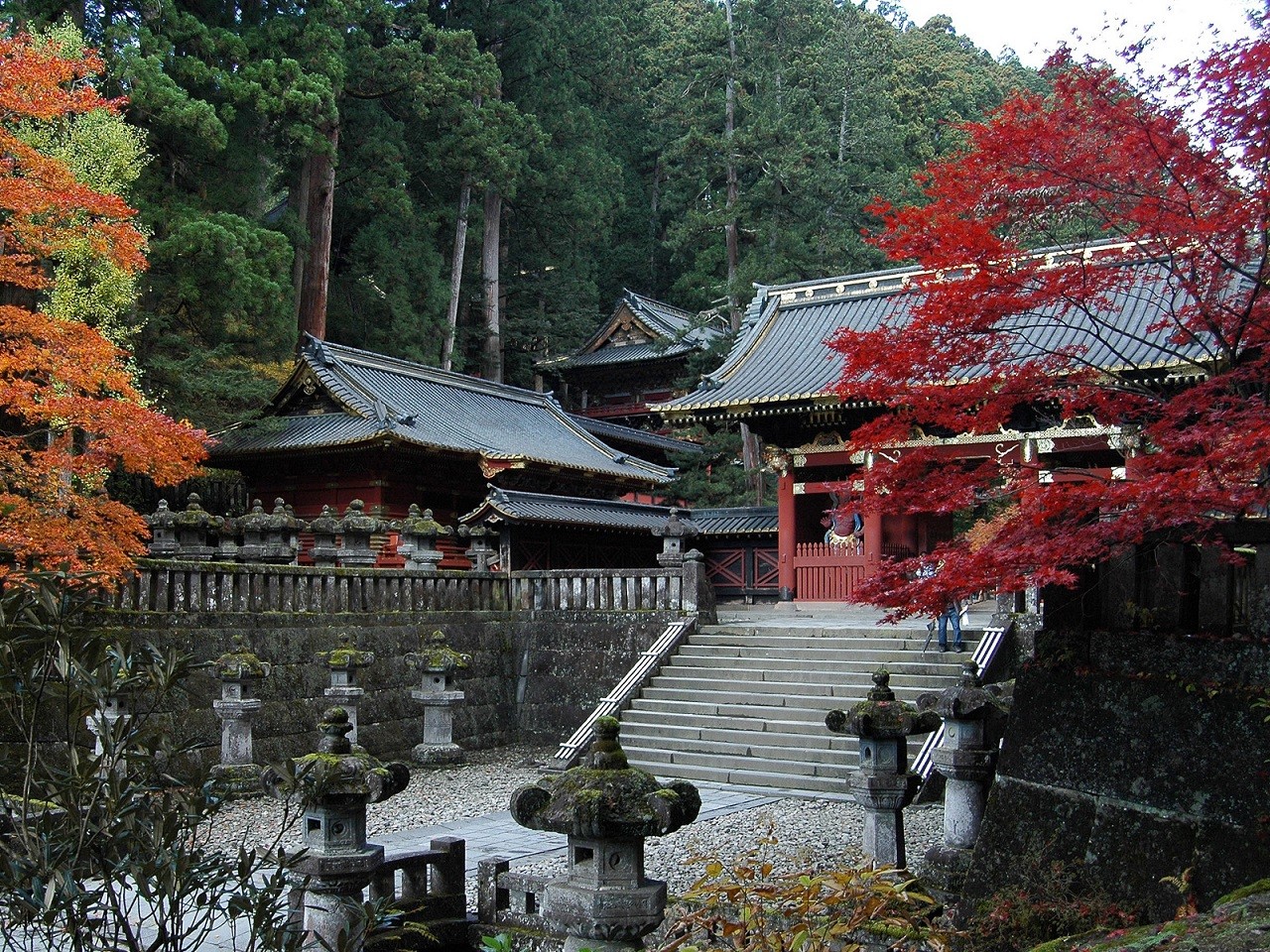 This is the mausoleum of Tokugawa Iemitsu, the third Tokugawa shogun, within Nikko-zan Rinnoji Temple, and is registered as a World Heritage Site.
Taiyuin is Tokugawa Iemitsu's posthumous Buddhist name.
This temple was constructed by the fourth Tokugawa shogun, Tokugawa Ietsuna, based on the will of Iemitsu that said he would serve his grandfather Ieyasu - whom he deeply respected - even after his death.
It is smaller than Toshogu Shrine and less showy; however, it has many highlights worth seeing, such as its Kokamon Gate, which is reminiscent of the Palace of the Dragon King, the magnificent Nitenmon Gate, as well as its main shrine, intermediate room, and hall of worship, which are national treasures.
The Taiyuin building was built to face Toshogu Shrine as though watching over it, showing Iemitsu's respect and affection for Ieyasu.

Transportation
About 7 minutes by bus (the Tobu buses to Chuzenji Onsen or Yumoto Onsen from JR Nikko Station or Tobu Nikko Station). Alight at Nishi-sando and walk for 5 minutes.