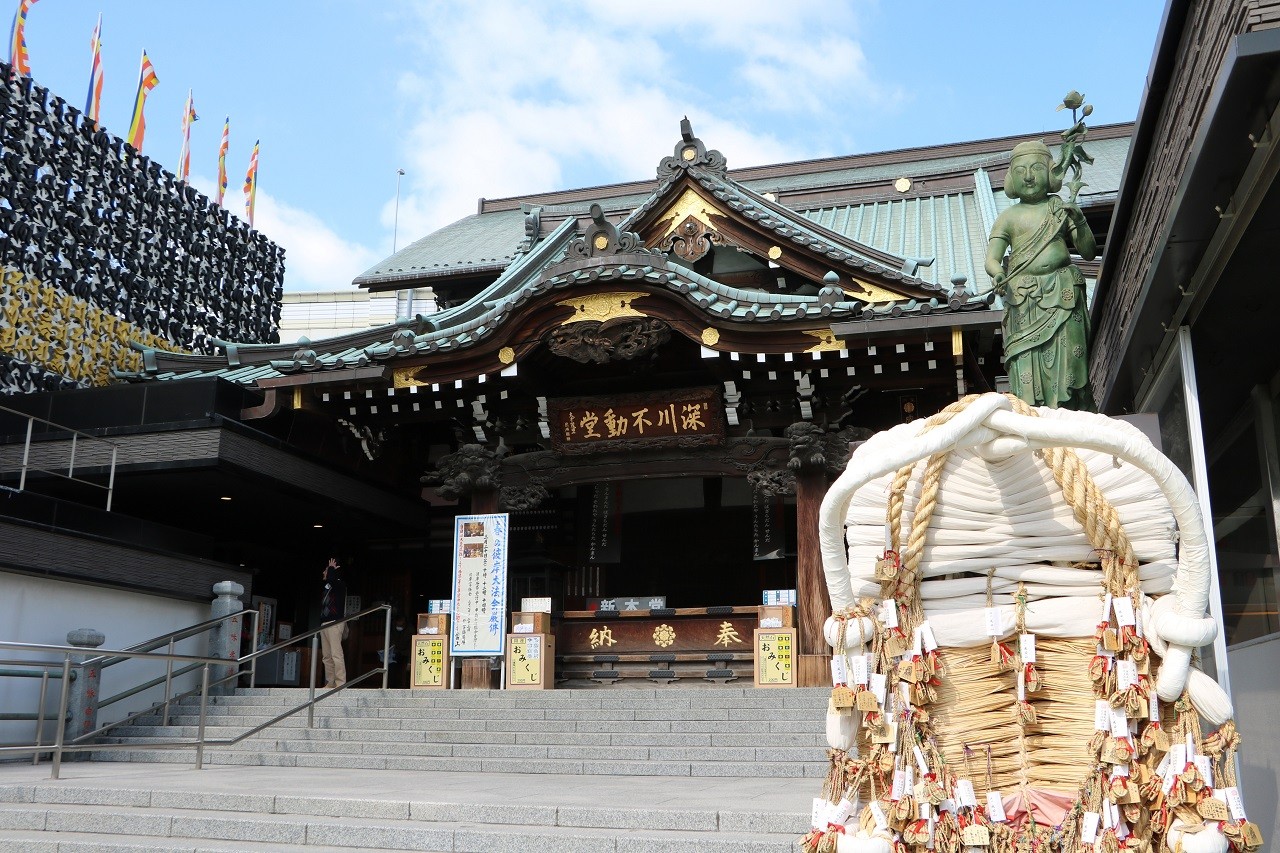 Fukagawa Fudodo is the Tokyo branch of the Naritasan Shinshoji Temple of Narita in Chiba prefecture.
From year 16 of the Genroku era (1703) onward, the statue of its principal deity was taken out of the grounds and exhibited, often at Tomioka-hachimangu in the precincts of Eitaiji Temple.
The current "hondo" (main temple hall) was reconstructed in September 2011 with a very impressive mantra wall (featuring the Mantra of Fudo Myoo) surrounding the building.
The powerful Goma Prayer, in which small chips of wood are burned on an altar as offerings seeking divine assistance, is held here on a daily basis and is a must-see.