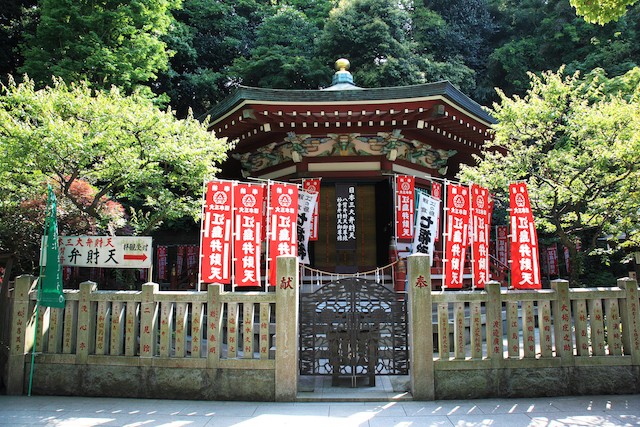 Other than being counted as one of the Three Great Benzaiten Shrines in Japan along with Aki's Miyajima and Omi's Chikubushima, Enoshima Benzaiten is also garnering people's faith as the only female goddess among the Seven Lucky Gods.
The purpose of belief has changed from praying for victory (eight-armed statue) in the Kamakura period to praying for improvement in performing arts and music (two-armed statue) starting from the Edo period.
Hoanden was renovated in 2015. (An admission fee is charged)
*Designated as an important cultural asset by the country in 2019