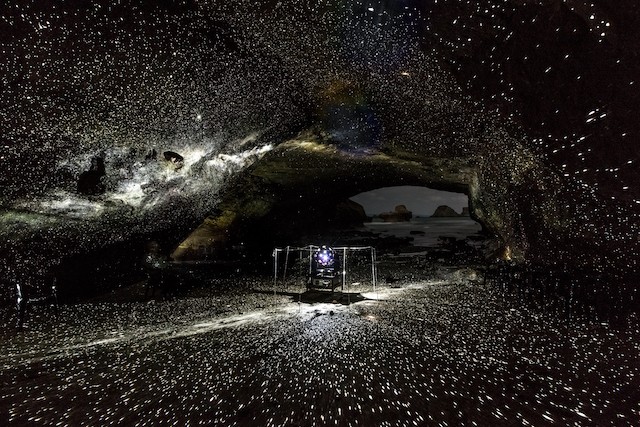 This cavern is situated on the eastern coast of Tanegashima and offers a view of corroded rocks washed over by the tumultuous waves of the Pacific Ocean.
Among the corroded rocks is the "Cavern of Chikura", which is located all along the Hamada coast where you can find unique rock formations eroded by the waves.
It's the largest sea cave in Tanegashima, and the name itself uses the characters for "thousand" and "seat", roughly meaning a "seat for a thousand people".
You can only explore inside for about 2 hours during the intervals between low tide.
It has reefs that expand out into the water and a cave entrance carved out by rough ocean waves, which all come together with the blue ocean waters for a truly fantastic setting.