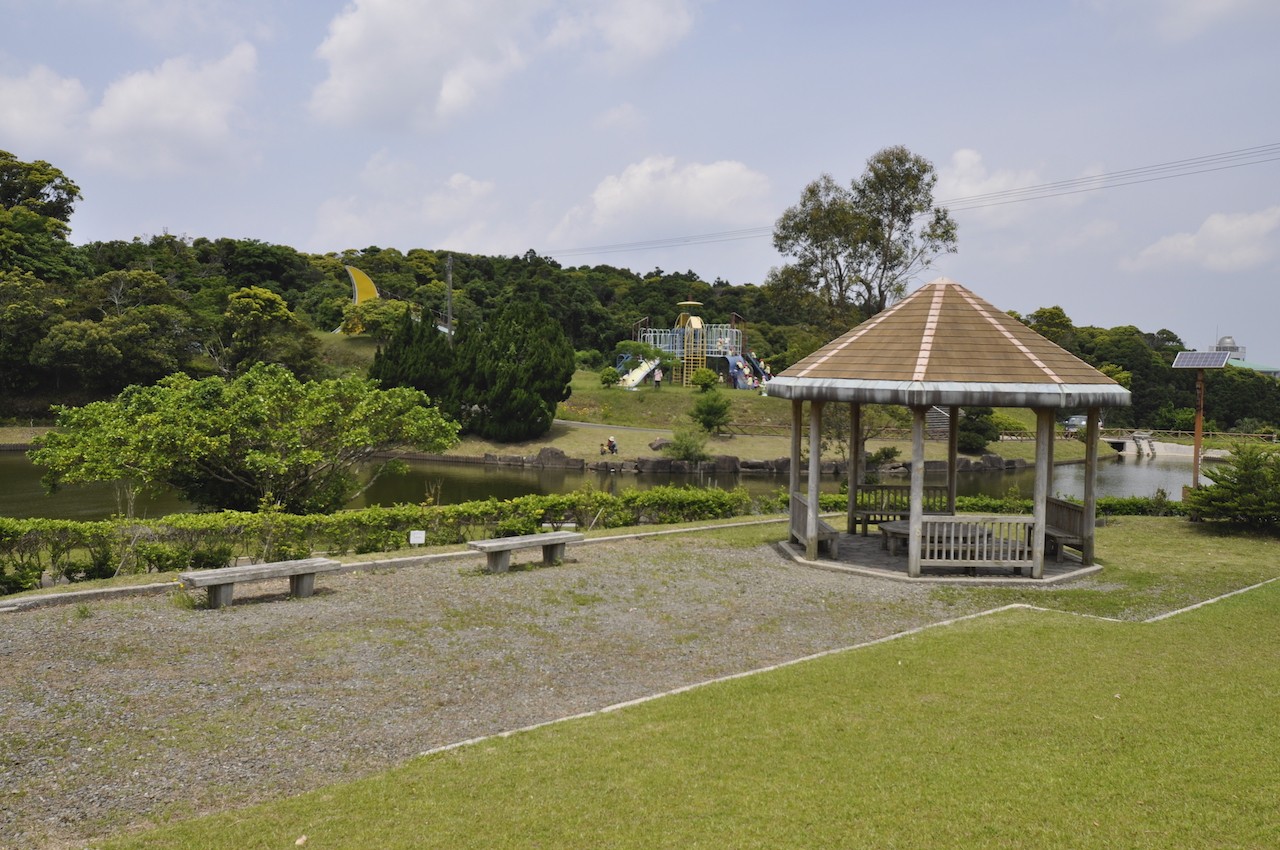 Uchuugaoka Park is a popular place where locals gather to enjoy leisure time.
There's also an observation area for rocket launches, which brings in both locals and tourists whenever launches take place.
"A rocket launched out into the skies rises from the southern tip of the island."
A monument is located on-site featuring the poem above, which was composed when the former Emperor and Empress of Japan (the Crown Prince and Princess at the time) visited Tanegashima.