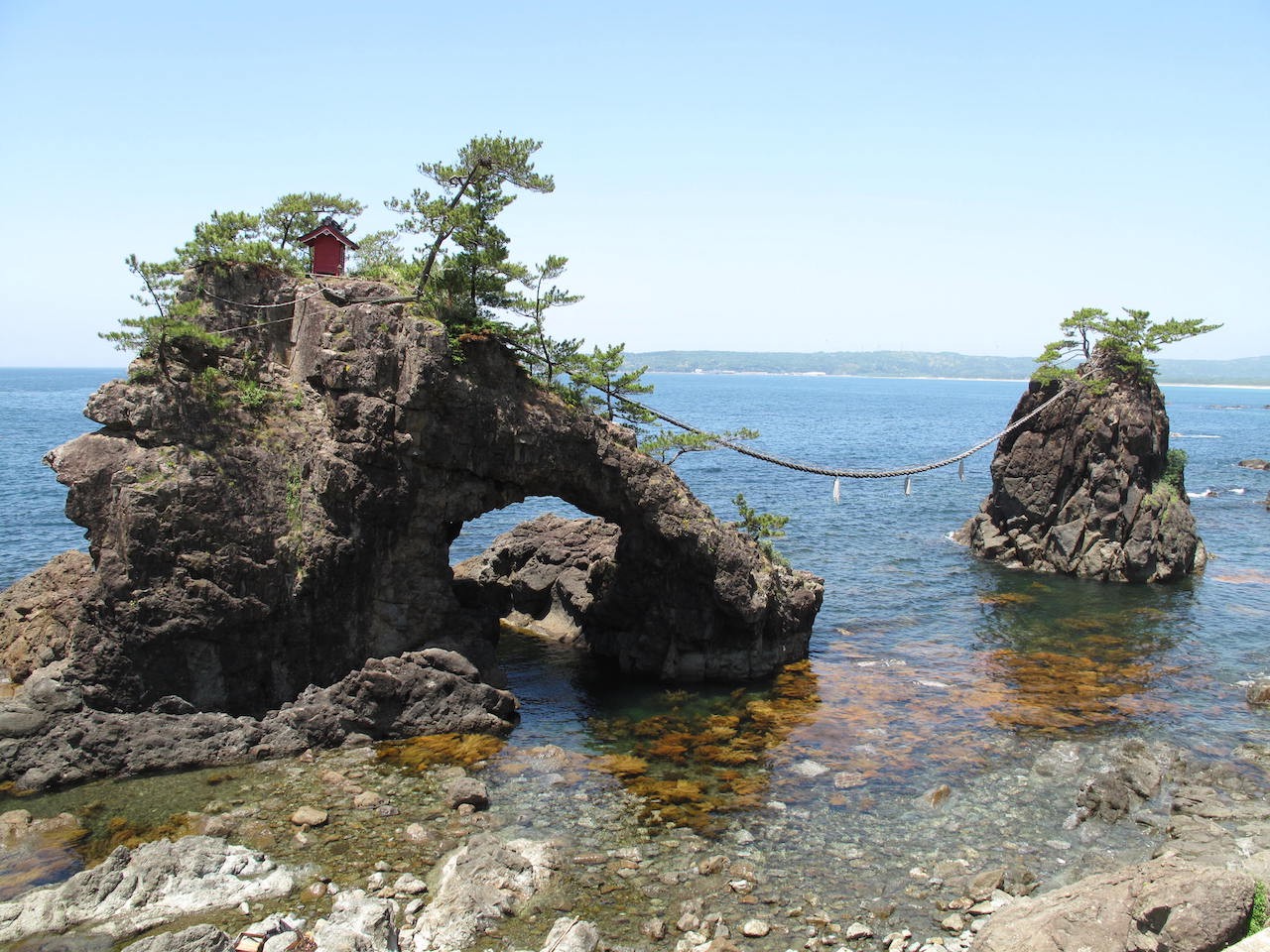 One of the uniquely shaped rocks representing the Noto Kongo Coast, the "Hatago-iwa" Rocks are the "married couple rocks" that gave birth to the legend of the god of weaving.
The name comes from the shape of the rocks, which resemble weaving tools.
The two beautiful rocks are 16 and 12 meters tall respectively, and are aligned as if drawing near to each other. They are connected by a Shinto straw rope, giving them a sacred appearance.
Due to their close resemblance to the Futami-iwa Rocks in Ise, they are also referred to as "Noto Futami," but the Noto Hatago-iwa's larger rock is the female, and the smaller rock is the male.
Because they face west, they are one of the best spots to watch the sunset in Noto.
During the period of the light-up display, after watching the sunset you can enjoy the phantom-like scenery that looms out of the darkness.

The story of Hatago-iwa, a parting gift left by god.
A long time ago, Nunakiirihime no Mikoto, the deity of Notohime Shrine in Kashima-gun who spread the technology of weaving in Noto, carried a loom on his back and crossed over the mountain.
It is said that he ran into bandits on the way, and thus threw his loom into the sea, which suddenly turned into a rock.

Transportation
From the JR Nanao Line's Hakui Station, take the Hokutetsu Bus (fixed-route bus) bound for Togi, get off at the "Shitsumi" bus stop, and walk 10 minutes.