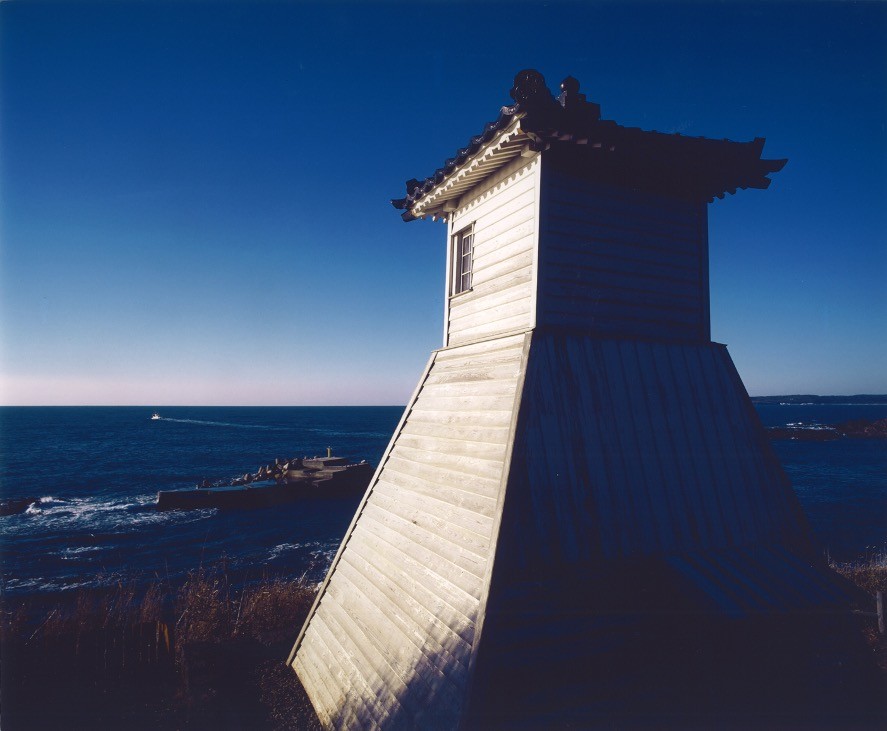 Located on a cliff called Hiyoriyama, this lighthouse is the oldest wooden lighthouse in Japan.
In 1608 (Keicho 13), Sukenobu Hino of Fukura lit a bonfire here to guide ships navigating the dark night sea, which is said to be the origin of lighthouses.
The current lighthouse was built in 1876 (Meiji 9) based on its former shape, and it guided offshore boats for 76 years before the new lighthouse was installed.
The nearby sloping paths are paved with cobblestones, and it still has the atmosphere of an old-fashioned fishing port.
The view of the sea from the lighthouse is stunning.
It was a filming location for the 2012 movie "Little Maestra."
Light-up displays are held in the summer and winter months.