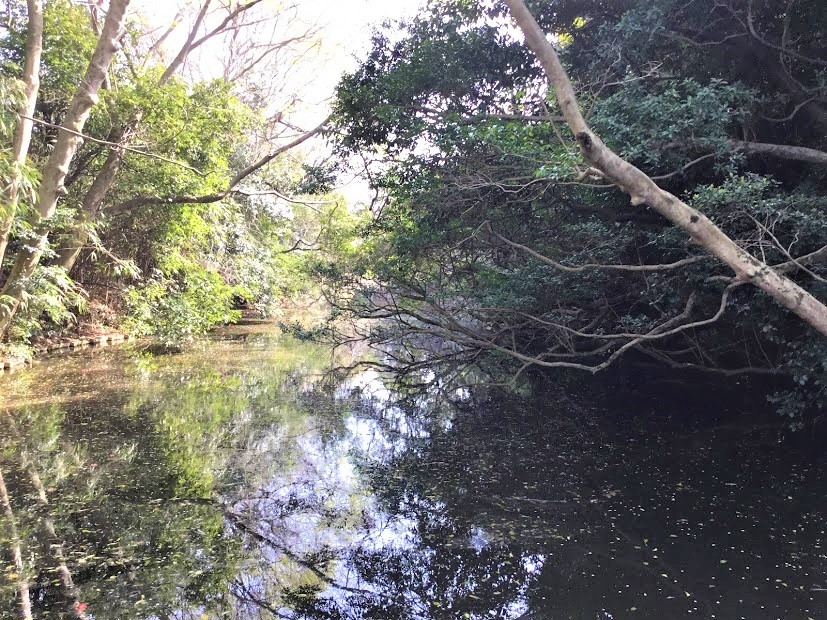 Okusa Castle was built by Nagamasu, the younger brother of Oda Nobunaga, a military commander during the Warring States period, but was given up unfinished. Nagamasu, also known as Urakusai, was a leading figure who studied the tea ceremony under Sen no Rikyu, a tea master from the Warring States period to the Azuchi-Momoyama period, and later founded the Uraku school of tea ceremony.
The earthen mounds and water moat of the main castle still remain in the park, and the donjon-style observation tower commands a panoramic view of Ise Bay.