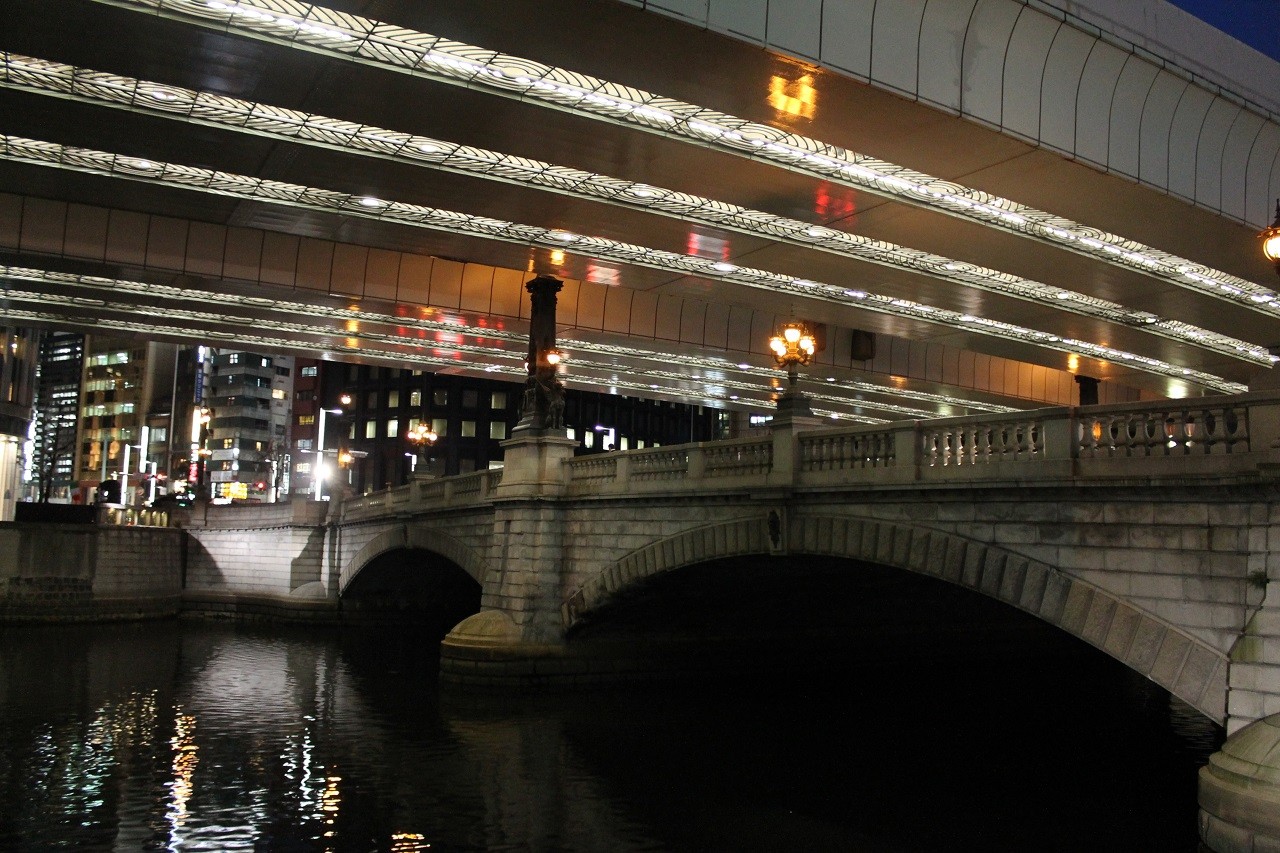 The bridge was built by Tokugawa Ieyasu in 1603 and became the symbol of Edo (starting point of the Five Highways).
The current bridge was built in 1911. Statues stand as if they are protecting the bridge, such as the "Shishizo" statues that stand on the four corners of the bride and the "Kirin Statues" that stand on two sides in the center.
There are many things to see here, including Japan's Kilometer Zero, which indicates the starting point of Route No. 1.

Transportation
Mitsukoshimae Station (Tokyo Metro Ginza Line/Hanzomon Line), a minute on foot from the B5- B6 exits