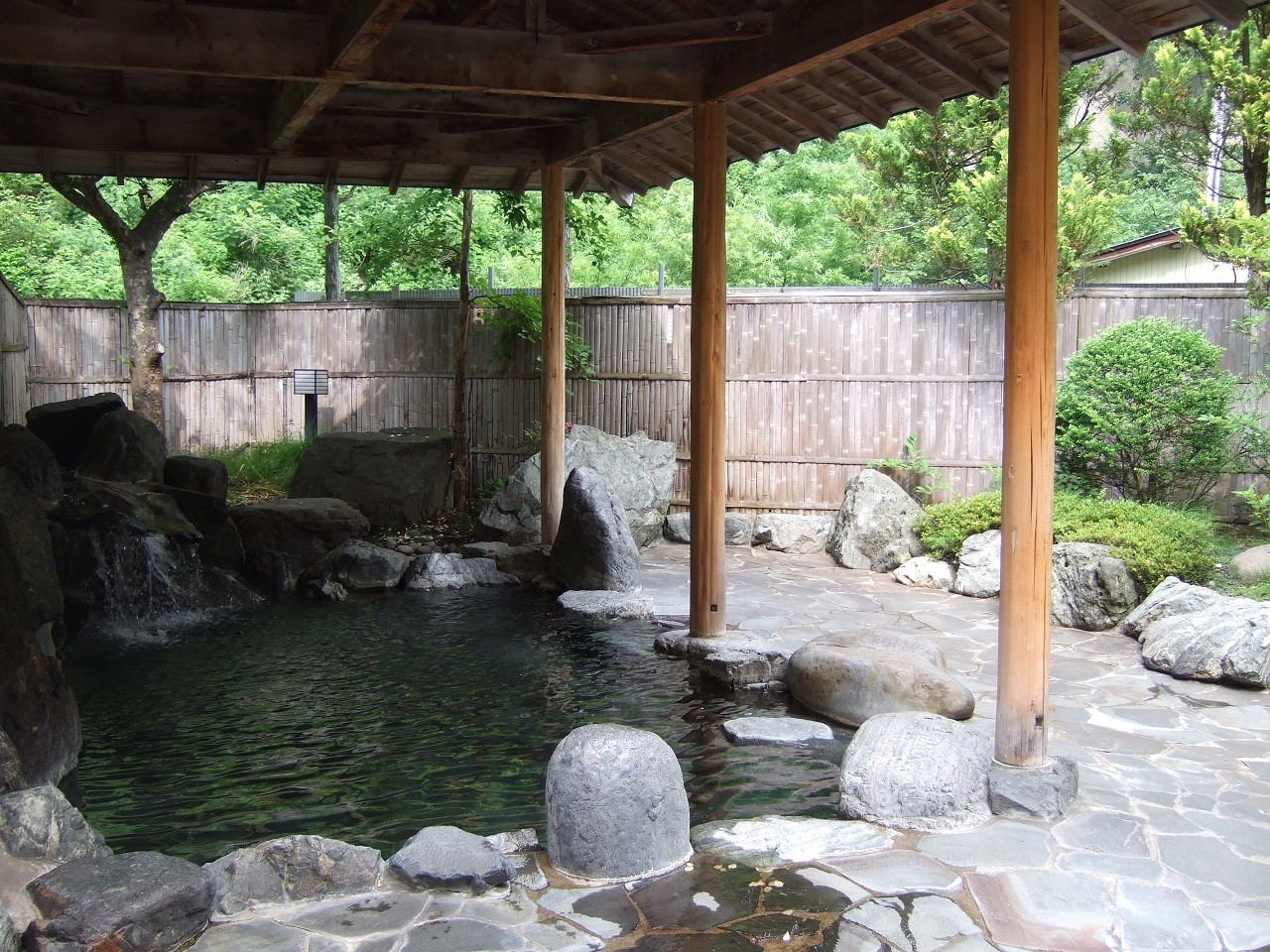 This secluded hot spring is known from the legend of Washinoyu, which has been passed down for generations in Shingo.
A long time ago, a great eagle was shot through the wing by a hunter, and it is said that it healed its wounds at a secret hot spring in a valley.
Seeing this, the hunter brought his daughter, who suffered from an ailment of the skin, to the spring. After bathing her in the spring she was cured, and the power of the hot spring became well known among the villagers, which led to a hot spring resort being built.