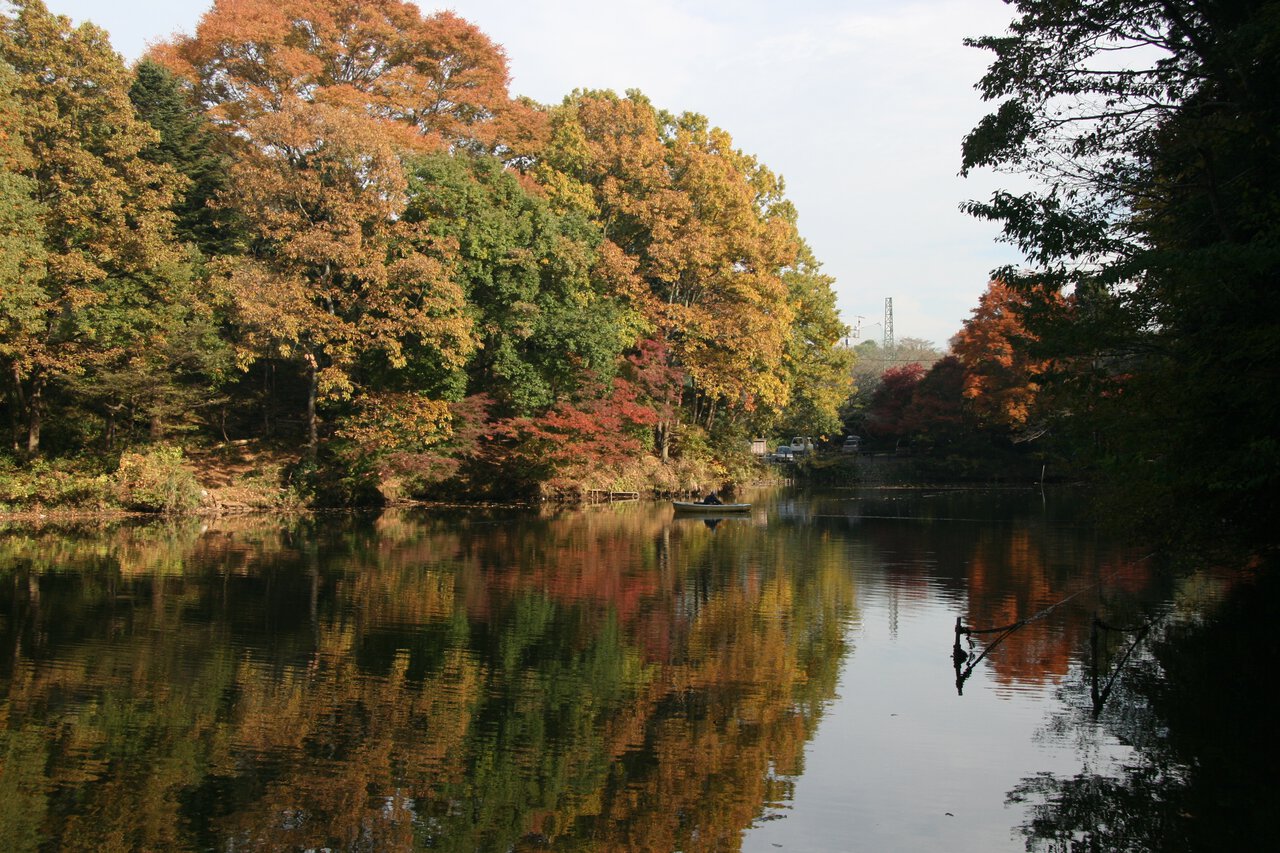 Due to the Great Kanto Earthquake on September 1, 1923, the nearby hills collapsed over 200 meters, which formed a dam in the uppermost part of Ichiki-sawa.
The river and the sunken place became a lake.
It is a small lake with around a 1km circumference, which lies between Hatano City and Nakai-machi, and it has a depth of 10m in its deepest area.
It is the newest natural lake formed in Japan, and numerous wild birds and various fish inhabit the area.