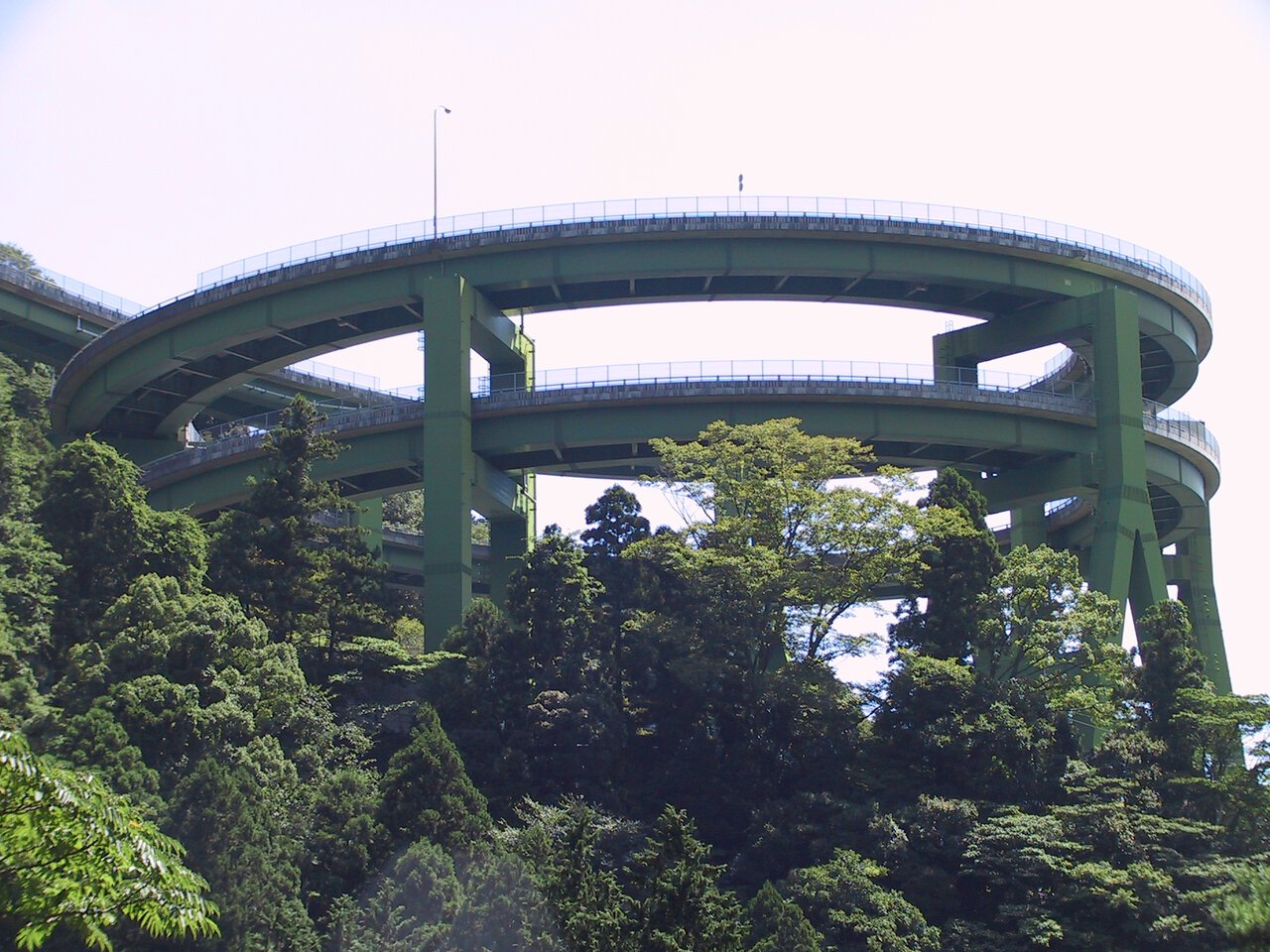 The formal name for Kawazu-Nanadaru Loop Bridge is "Nanadaru Kokakyo (viaduct)", which was completed in 1981.
It is a double helix viaduct 80m in diameter, connects at two points that are vertically 45m apart, and it has a total length of 1,064m.
There was a winding national road in the eastern mountain region.
However, due to a landslide caused by the Izu-Oshima-Kinkai Earthquake in 1978, the road was cut off.
Taking advantage of that lesson, this bridge was constructed using a new technique.
The loop bridge's magnificence can be seen if you look at it from directly under it.