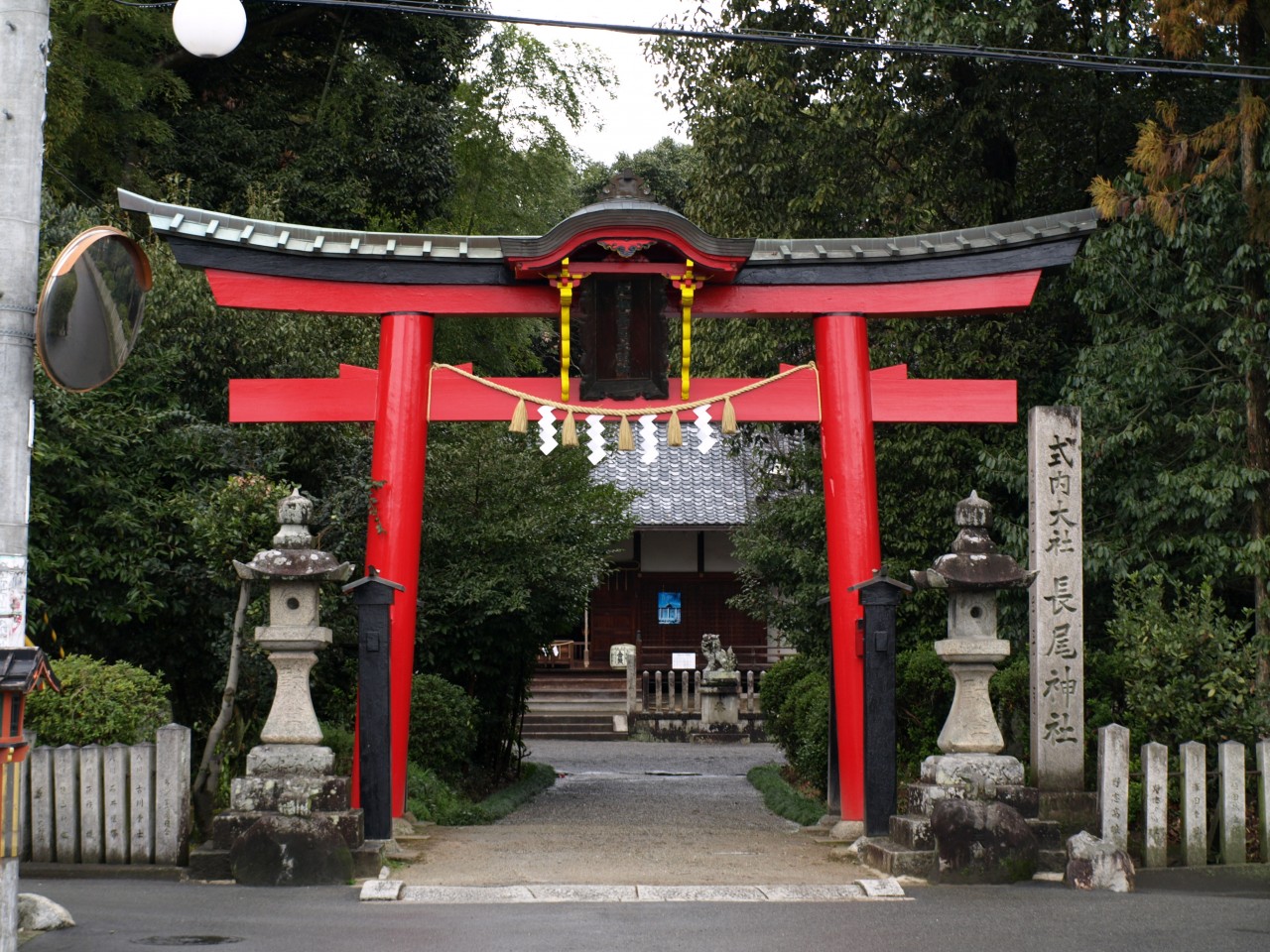 Takenouchi Kaido/Yokooji is the oldest national highway in Japan.
It was built in 613 to connect Asuka no Miya and Naniwatsu.
It is formed of "Naniwa Odo," which travels directly south from Naniwatsu, "Takenouchi Kaido," which travels east from Sakai, Osaka through the southern foot of Mt. Nijo and Takenouchi Pass to the area near Nagao Shrine, and "Yokooji," which connects the Nara Basin from east to west.
In 2017, it was certified as "'The Oldest National Highway in Japan' Sharing an Everlasting History of 1,400 Years: Takenouchi Kaido/Yokooji," the 44th Japan Heritage.

Transportation
Roughly a 3 minute walk from Iwaki Station on the Kintetsu Railway Minami Osaka Line to Nagao Shrine (Takenouchi Kaido is the road that travels west from there.)