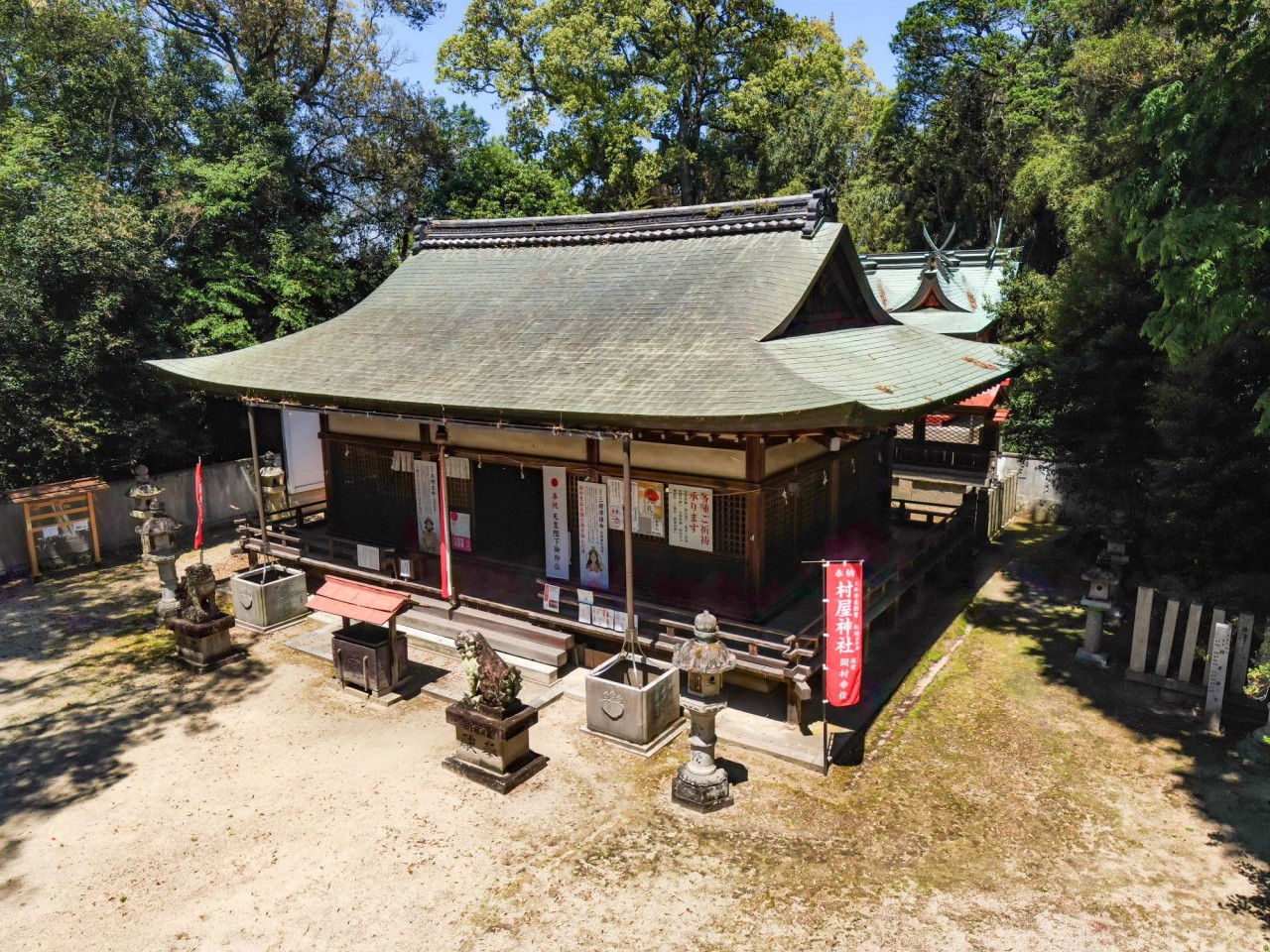 This is the first shrine recognised by the Imperial Family for its auspicious nature as a matchmaking shrine. Honoring the divine marriage between Omononushi and Mihotsuhime (known respectively as the god of matrimony and the god of wifely diligence), the shrine is also known as an associate shrine to Oomiwa Shrine because it enshrines the princess of Oomiwa Shrine. It is said that praying at both sites in conjunction accrues great benefits to the devote.

In the forests of the temple grounds, Ichiigashi trees, a symbol of the town, grow in clusters. Overall, the trees within this laurel forest are extremely valuable from a botanical perspective, and so have been designated as a natural monument of the prefecture. In addition to annual events such as the Mita Festival, which prays for good harvests, and the Natsukoshi Oharae, which prays away the impurities accrued over the first half of each year, visitors can enjoy a "Kagura experience" wearing a shrine priestess's uniform.