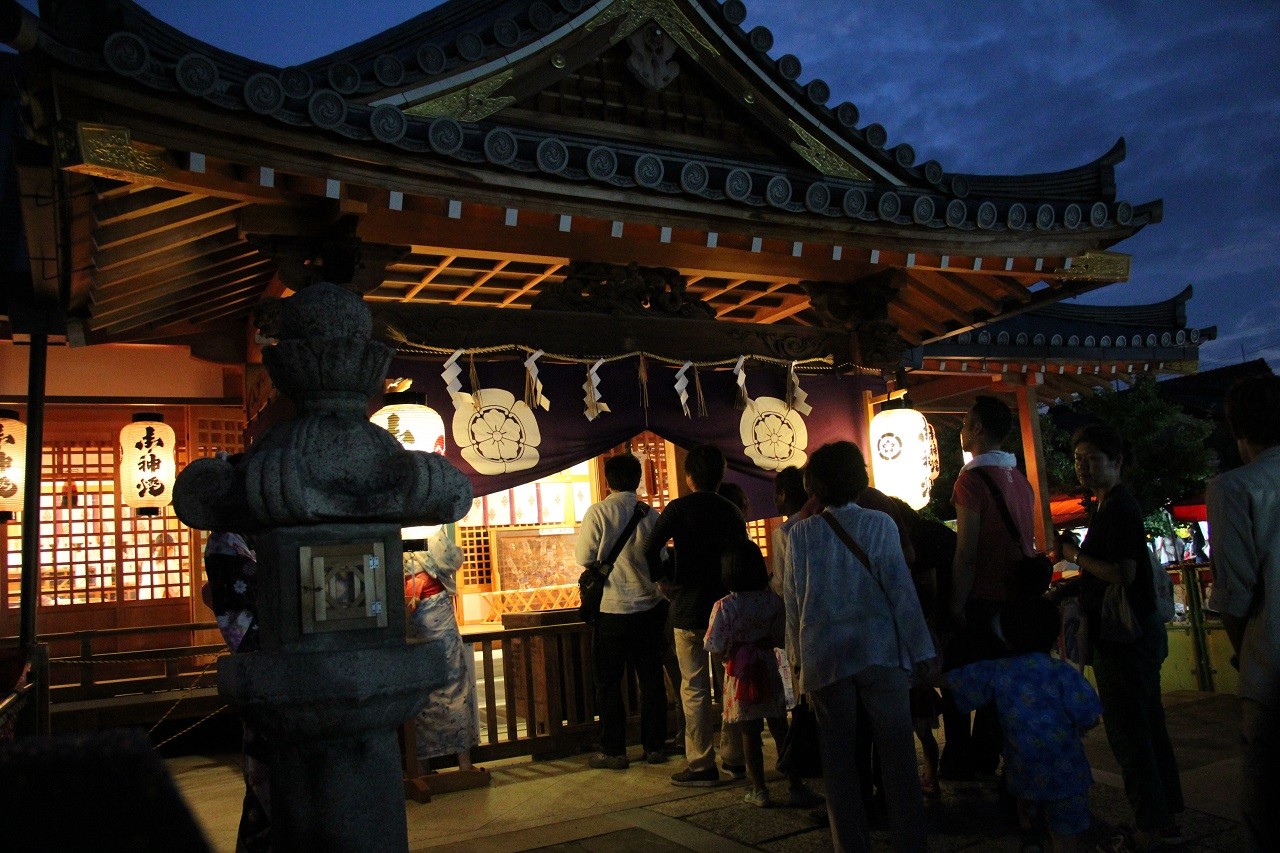 Tsushima Shrine is located on the south side of the old town in Tawaramoto. It was known as Gion Shrine before the separation of Shinto and Buddhism.
Even now, the shrine hosts a grand Gion festival in summer, nicknamed "Gion-san" by locals. The gods worshiped here are Susanoo-no-Mikoto, Kushinadahime-mikoto, Homutanosumera-mikoto, Ame-no-koyane, and others.
While the current shrine was built in the mid-Meiji period, the site's past as a religious site stretches back far further, as indicated by a builder's tag dated Tenji 2 (1125).
An archaeological excavation on the southwest side of the shrine has also detected a large ditch surrounding the shrine that dates back to the medieval period.
During the Edo period, the Hirano clan lords honored the shrine annually with 1 koku (approx 150 kg) and 5 to (approx 75 kg) of rice.
In the 2nd year of the Meiji era (1869), Tsushima Shrine, located in Owari-Kunizushima, the heartland of the Hirano clan, also changed its name to Tsushima Shrine because its deity was Gozu-Tenno.

Transportation
5 minutes east on foot from Tawaramoto Station on the Kintetsu-Kashihara line.