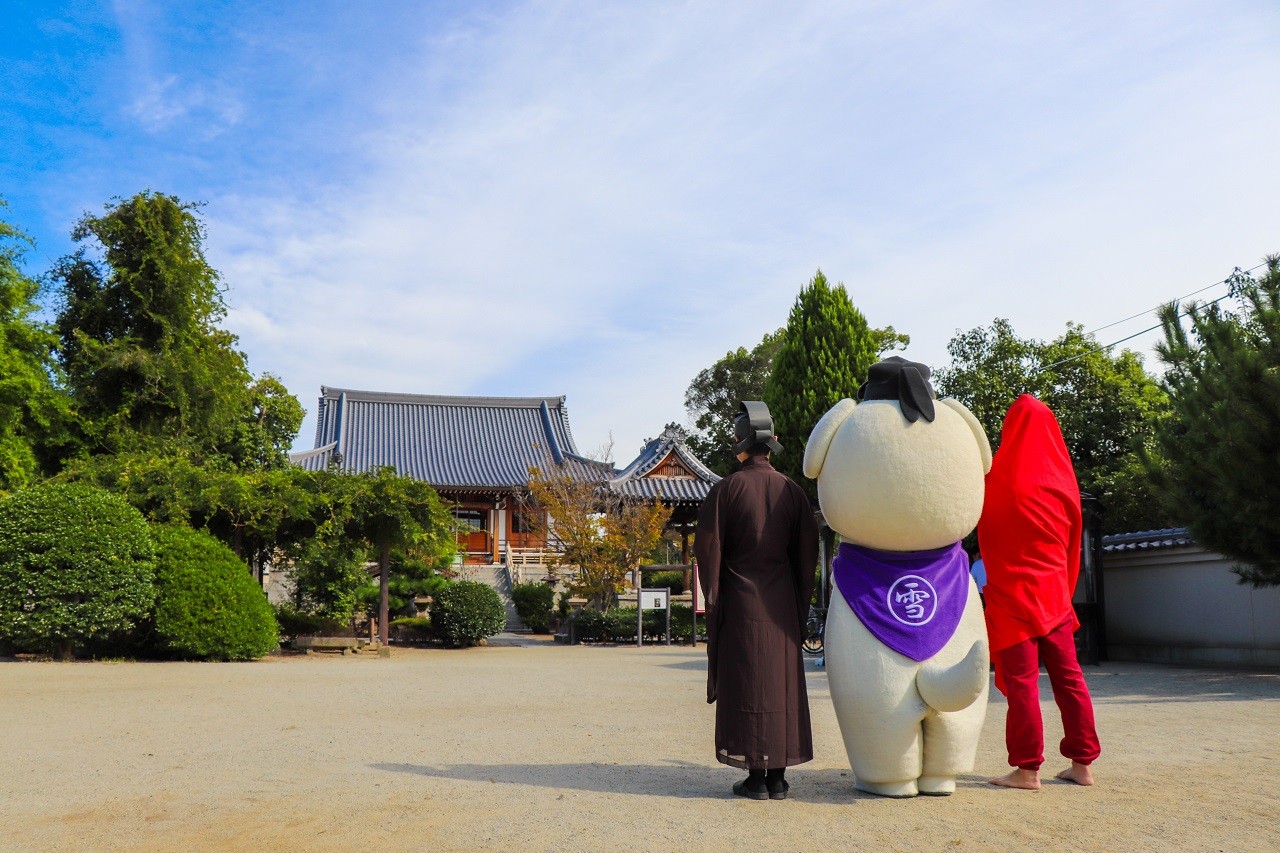 According to the Nihon Shoki – known as the first Japanese history book – in December 613 Prince Shotoku came across a hungry man lying on the side of the road. Although he gave the man food, drink and clothing, the man died.

The saddened Prince Shotoku made a grave for the man and had him interred, but it is said that when the Prince returned to the grave some days later, the man's corpse had vanished, and the clothes the Prince had given him had been placed neatly on his coffin.

Later, the hungry man whom Prince Shotoku had helped came to be thought of as an incarnation of Bodhidharma Daishi ("Daruma"). The main hall of Darumaji Temple is built on the site said to be the grave of Bodhidharma.

The wooden figure of Prince Shotoku and the wooden seated figure of Bodhidharma are Important Cultural Properties.

On Saturdays, Sundays and Public Holidays, volunteer guides are at the temple to assist you.
You can also meet Yukimaruzo!

* Prince Shotoku was an Imperial Family member and politician of the Asuka Period. He was responsible for numerous achievements under Japan's first female empress, Empress Suiko. He is a great historical figure known to all Japanese people, and was once chosen to appear on the ten thousand yen bill.

* Bodhidharma Daishi was the monk who took the teachings of Zen from India to Japan, and is therefore said to be the founder of Chinese Zen Buddhism.

● Bus
Depart from Oji Station, bound for Myojin 1-chome or Hakuhodai 2-chome. Right next to the Harii bus stop

● Car
From the Kashiba IC, on the Nishi-Meihan Expressway, travel north on National Route 168 for approx. 10 minutes