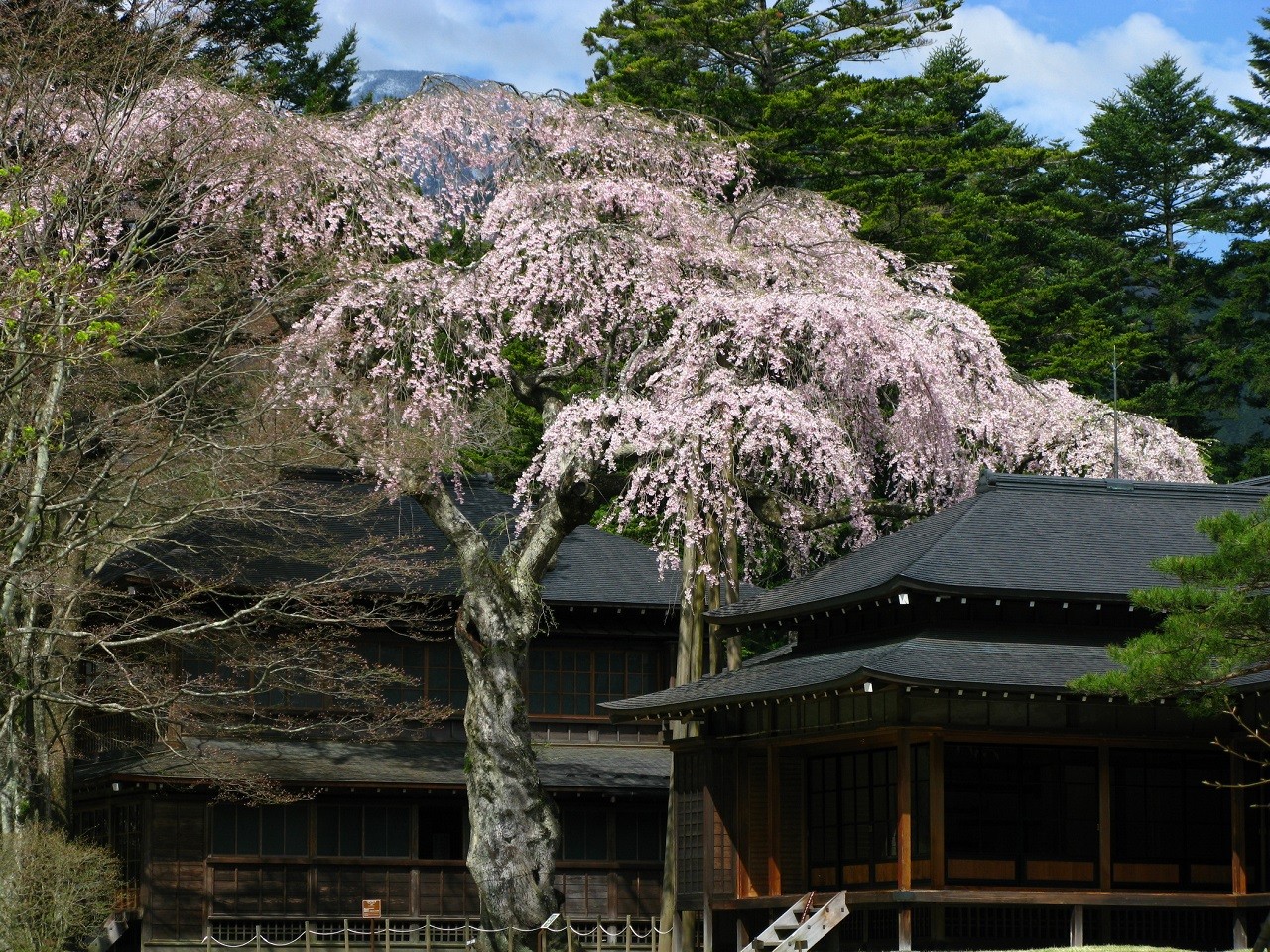 This was the imperial villa used by the Emperor and the Crown Prince from 1899 to 1947.
It is a group of buildings that include architectural styles from the Edo, Meiji, and Taisei eras.
It stands out for the way in which the buildings used at the same time have been built to seem as though they were there from the start.
The villa includes 106 rooms, and was the largest-scale wood construction project among imperial villas built in the Meiji era. The principal residence is the only surviving building.
The building has been designated an important national cultural asset, and allows visitors to take a peek at the architectural styles and imperial household culture of the period.