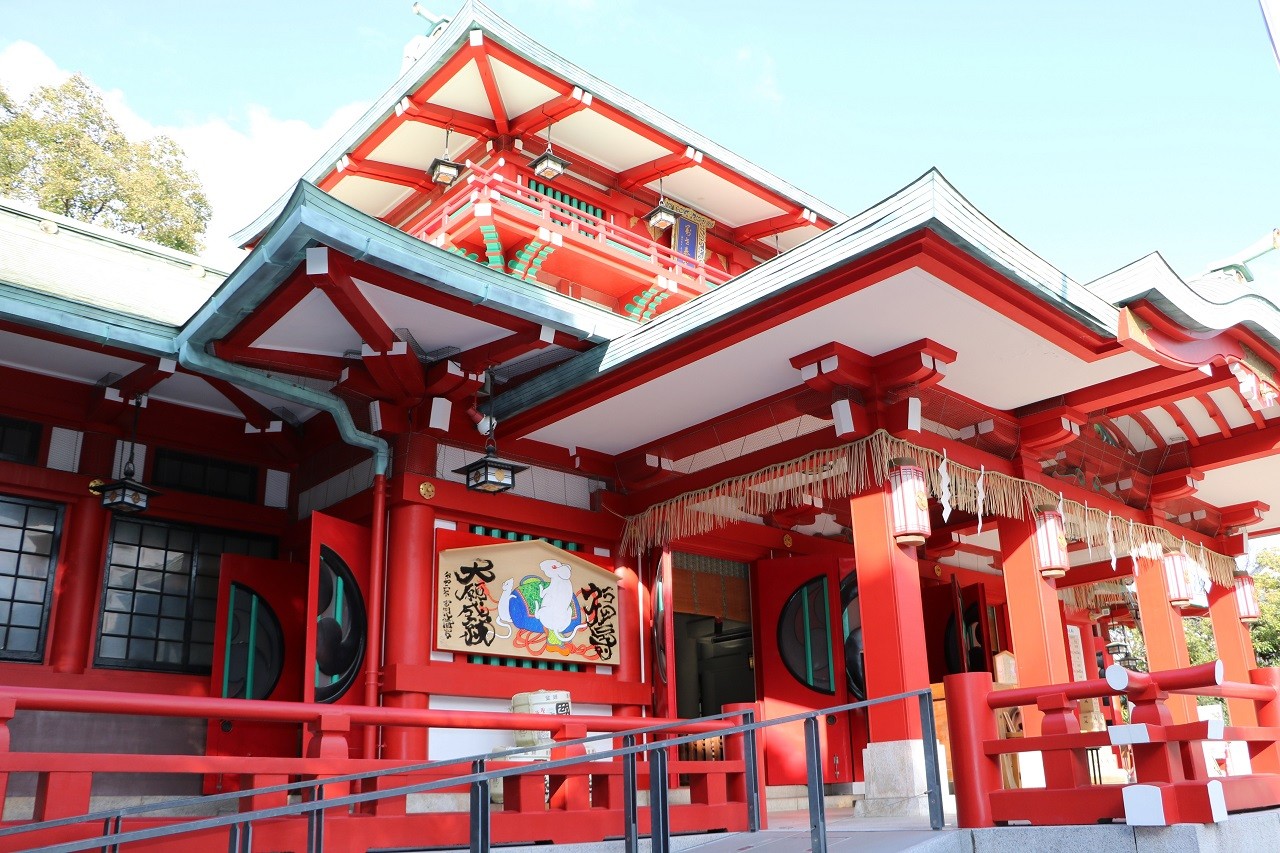 Famous for the Fukagawa Hachiman Festival, one of the three main festivals of Edo, which occurs only once every three years and in which over 50 "o-mikoshi" (large portable shrines) are taken out from their sacred places of enshrinement and paraded through the streets of the neighborhood.
This event is also known as the "Mizukake-matsuri" (Water Festival) because water is sprinkled on the o-mikoshi bearers, and charms such as the graceful "tekomai" dance of the Tatsumi geisha and the powerful chanting of the "tobi-gashira-shu" (traditional local fire brigade) as its members pull their heavy load add to the feeling of a real Edo atmosphere.
The shrine was also the birthplace of Kanjin sumo in the Edo period and so possesses a deep connection to sumo, exemplified in the Yokozuna Sumo Monument and Ozeki Sumo Monument to be found within its grounds.