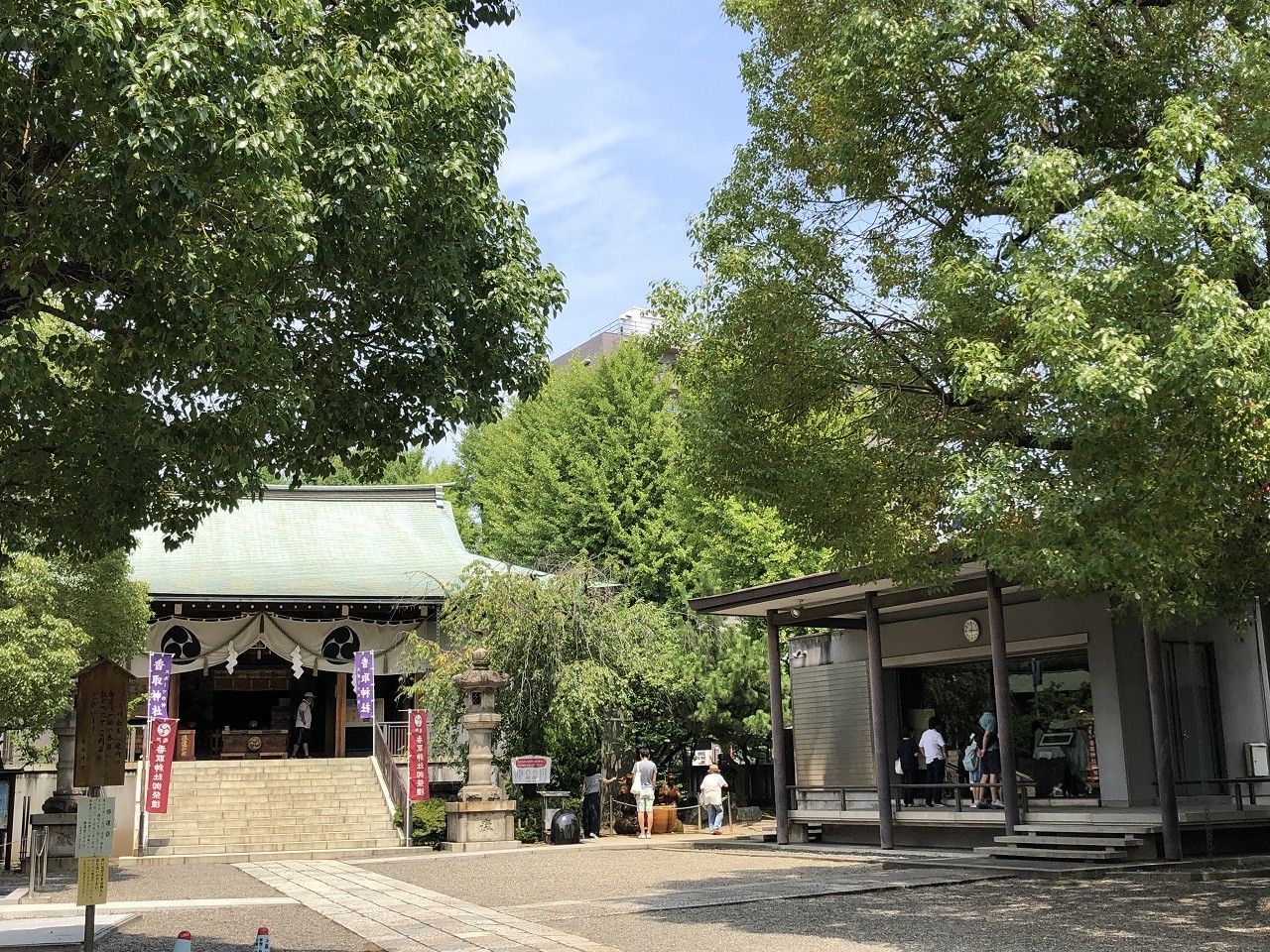 Kameido Katori-jinja Shrine is the oldest shrine in Koto Ward, said to have been first established by Nakatomi no Kamatari (Fujiwara no Katamari) on the occasion of his arrival in the eastern regions in the 4th year of Emperor Tenji (665).
It is also said that Taira no Masakado prayed here for victory during his rebellion of 939 and when he was victorious, he dedicated his bow and arrow to the shrine, the purported origin of the Kachiya Festival (Winning Arrow Festival) held here on May 5 each year.
Since ancient times, he has been revered by many as the deity of good fortune in battle and more recently as the deity of success in sports.