If the tide is 50 cm or less, you can see the Tombolo 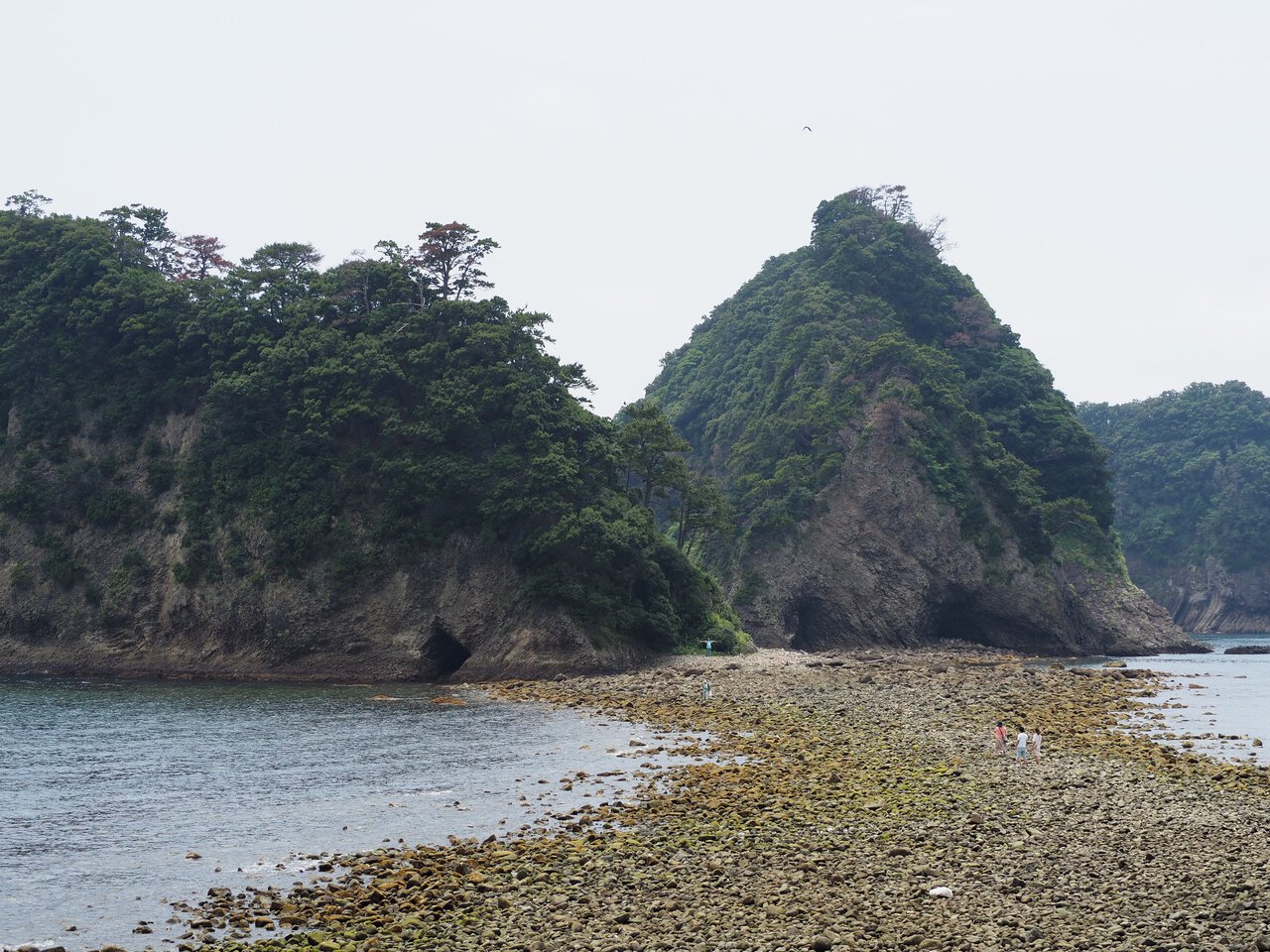 Sanshiro-jima islands in Nishiizu-machi, Shizuoka Prefecture is a collective term for four islands, Zo-jima, Nakano-shima, Okinose-shima, and Takashima, which are located about 200m off the coast of Dogashima.
Since Okinose-shima and Nakano-shima are connected when the tide is out, they are regarded as one island, sometimes just called “Nakanoshima”.

During the low tide, you can see the “Tombolo”, a rocky area with a width of about 30m which appears and stretches from land to the nearest island, Zo-jima, allowing you to cross the sea on foot without even getting your feet wet.
The Tombolo is a phenomenon in which the sea floor between land and an island usually separated by the sea appears and connects them, only during the season when the tides are low.
A famous example is Mont Saint-Michel in France.
If the tide is 50 cm or less, you can see the Tombolo.


You can enjoy crossing the Tombolo 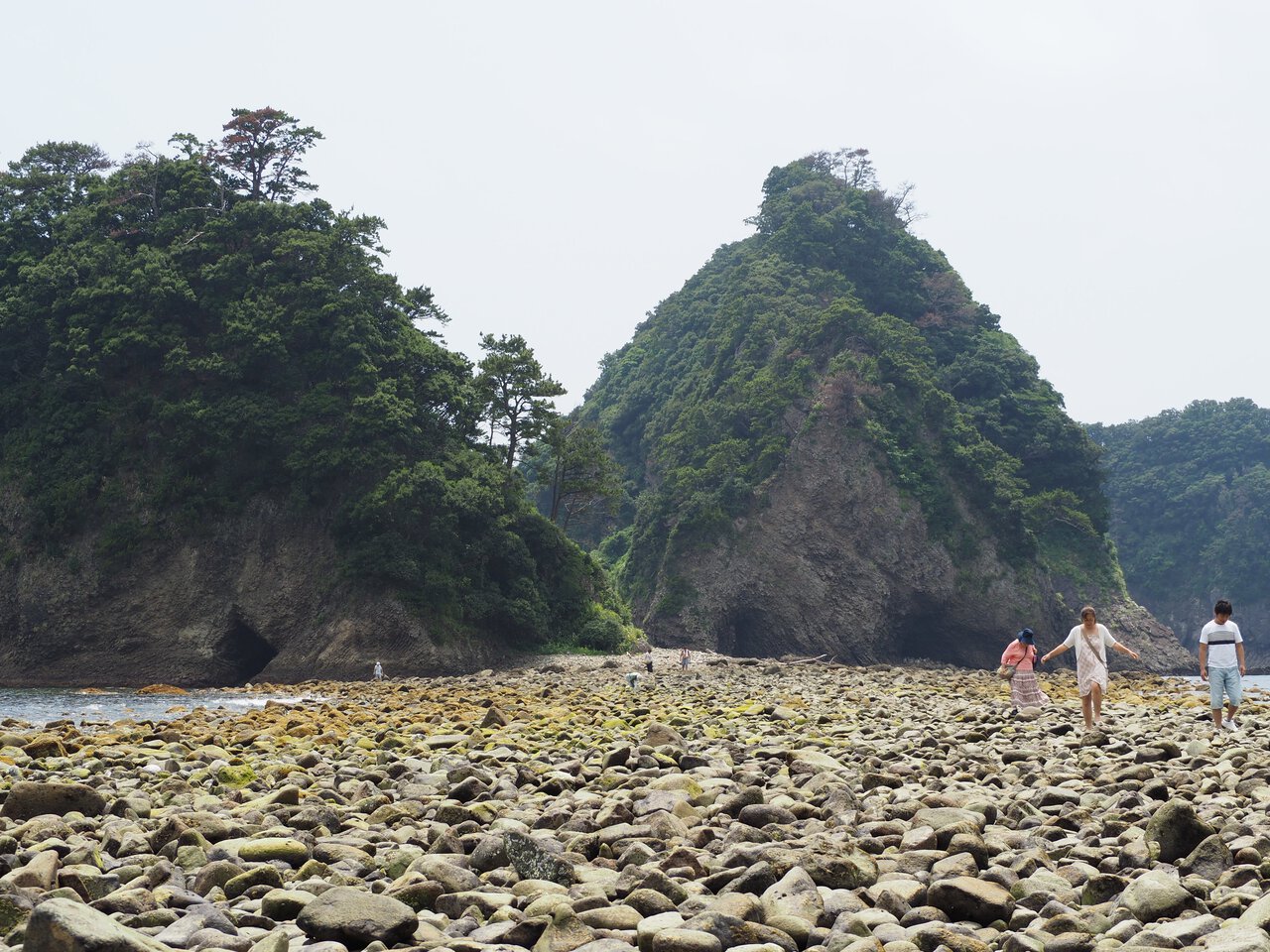 If the tide is 30 cm or less, you can enjoy crossing the Tombolo.
It’s best to wear shoes that are easy to walk in because the Tombolo path leading to the Sanshiro Islands has poor footing.
Also, the wet stones are slippery, so you should try walking on dry areas as much as possible.
The Tombolo often appears for about 1 hour before and after the tide recedes.
Please start heading back as soon as you notice the Tombolo path receding.

Opening Hours
During the low-tide season from March to September (From October to February, the tides do not recede enough to cause the Tonboro to appear.)

Parking
There’s one along National Road No. 136 with space for 5 cars, and more parking space on the top of Onsen Hotel for 7 cars (free of charge)
There’s also one around Nishiizu-cho Tourist Association (free of charge)