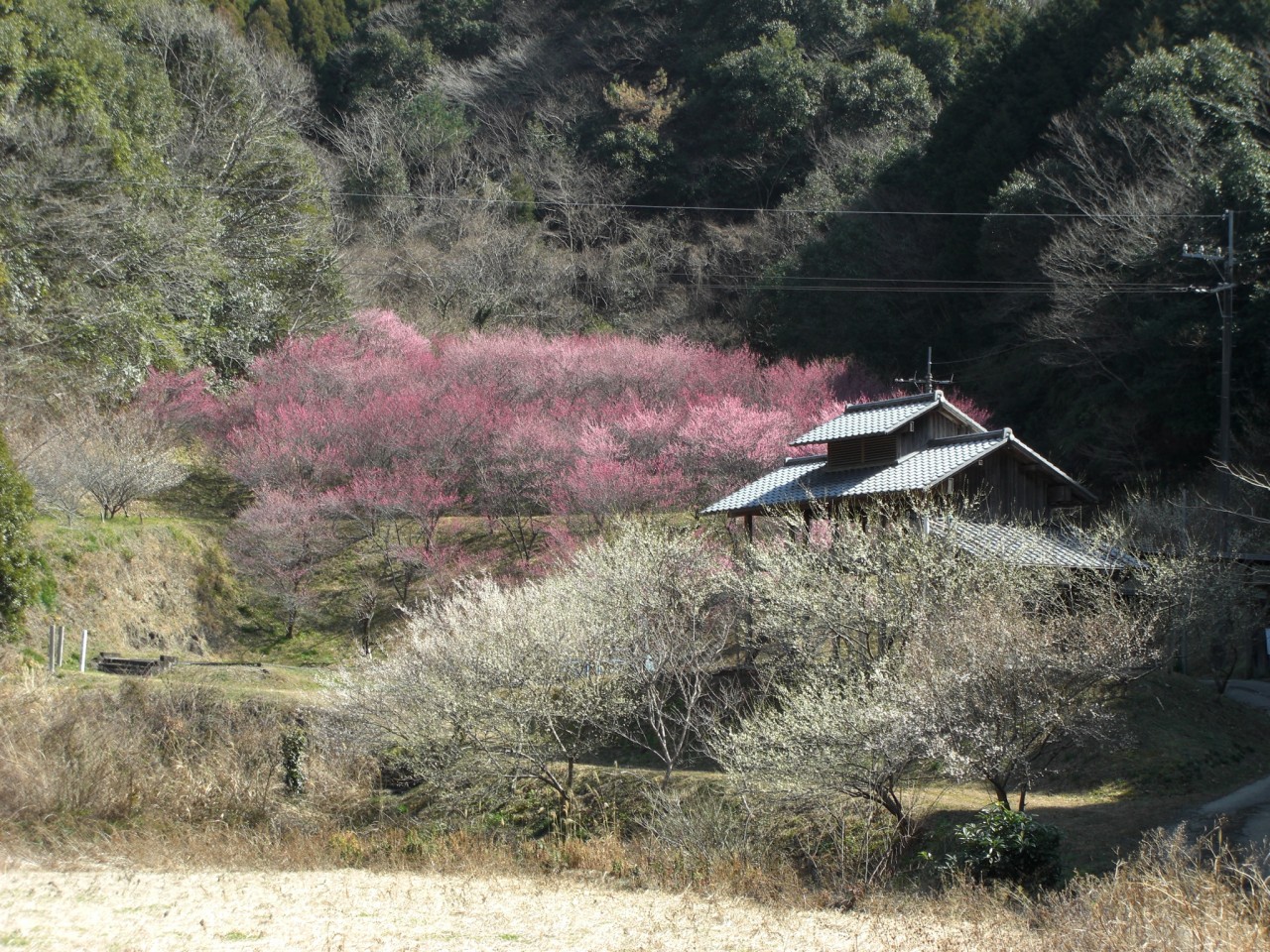 The Sakamoto jinja Shrine, dedicated to the ancestors of the Sakamoto family, is also the burial ground of Hikosaburo of the second generation and Tarozaemon of the third generation.
Later, the fourth generation, Hachibei, started the pawnshop "Saidaniya" in the Kochi castle town and became a wealthy merchant—so much so that it was said, "In the upper town, there is Saidaniya."
The grave of Taro Goro Sakamoto of the first generation is also about a 10-minute walk from the Sakamoto Shrine.
Residents planted red and white plum trees around the Sakamoto jinja Shrine in honor of Ryoma Sakamoto, who used the alias Umetaro Saidani—where ume means plum in Japanese.
Their flowers bloom in early spring, creating exquisite scenery.