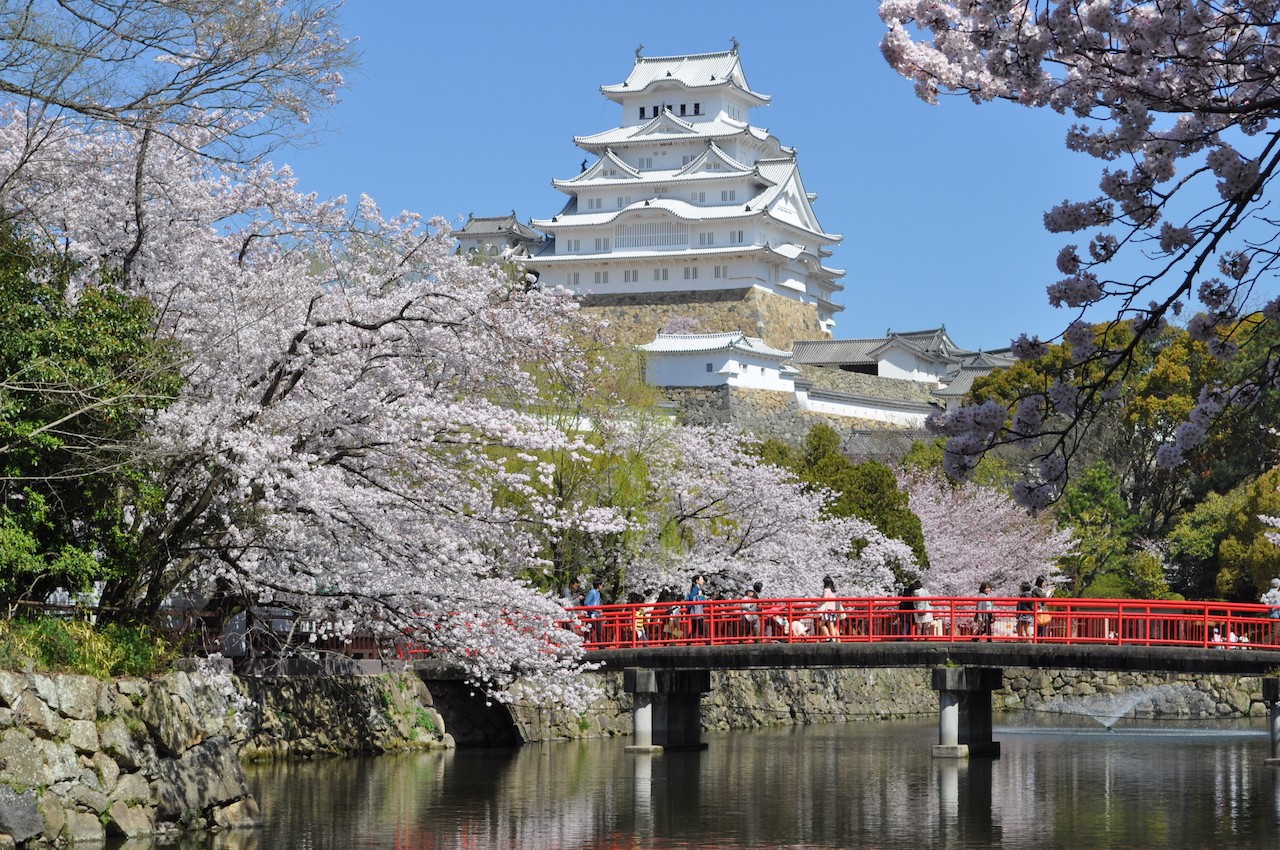 Himeji Castle, popularly known as Shirasagi-jo (White Egret Castle), is characterized by its bright white walls and graceful appearance like a white heron spreading its wings.
In 1993, together with Horyuji Temple in Nara, it was registered as Japan's first World Cultural Heritage site.
The Himeji Castle that we see today was built in 1609 and still retains its beautiful appearance after more than 400 years.
It has been designated a national treasure and a national important cultural property.