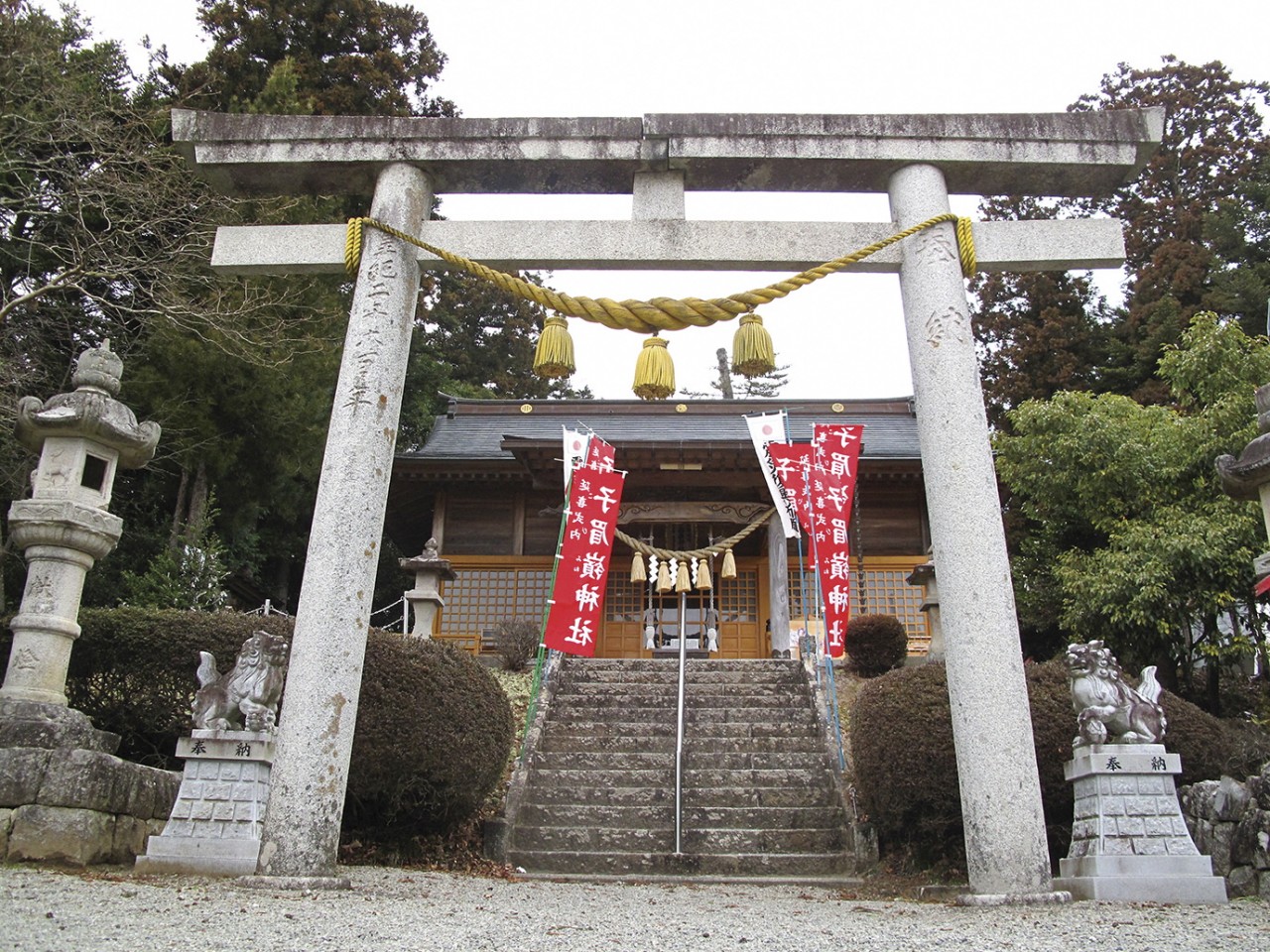 This is a meishin grand shrine mentioned in the Engishiki (Procedures of the Engi Era), whose temporary building was constructed in 702 and the permanent building in 907, where the enshrined deity is Toyoukehimenomikoto.
Several theories have been passed down, including the legend of a tragic love affair between a horse and a princess of the capital.
All legends about the deity have to do with horses, and she is believed to be the guardian deity of horses.
There are also legends of seven wonders such as “Kataha-no-ashi (reeds whose leaves grow only on one side)” and “Kagami-ga-ike (mirror pond).”