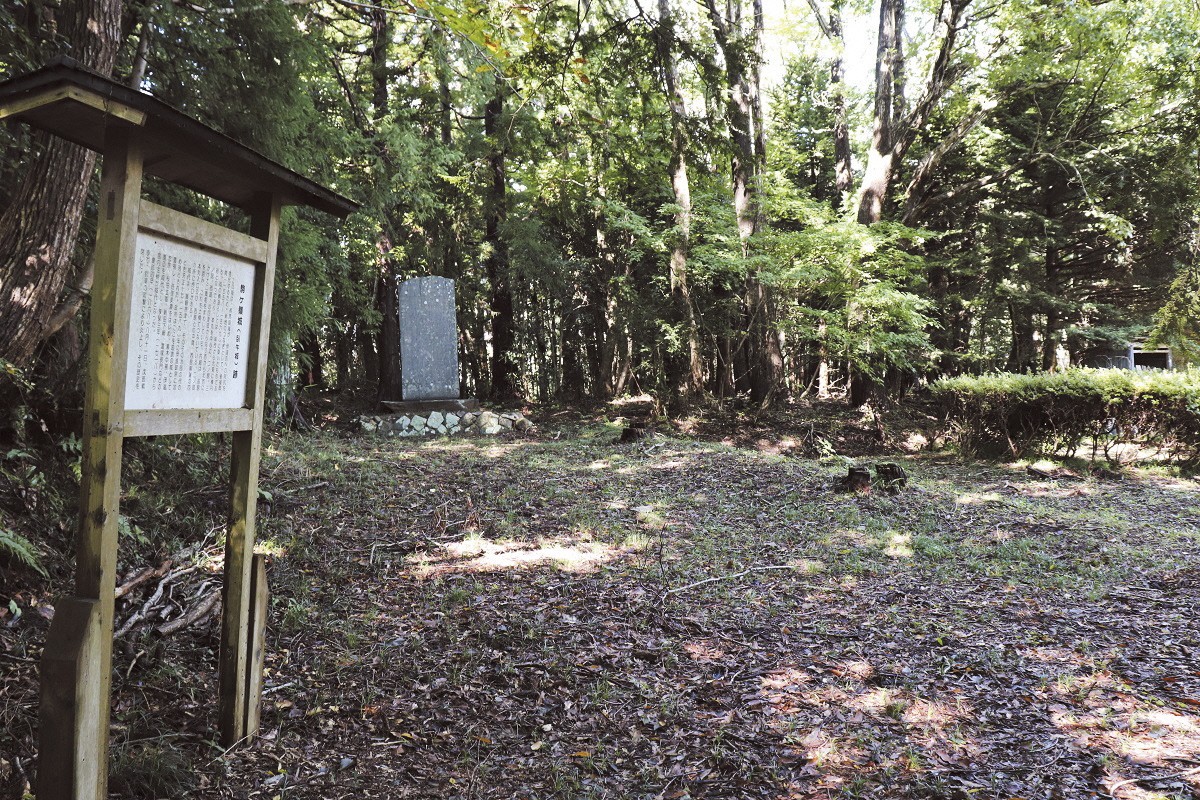 This was built by the Soma clan at the same time as Shinchi Castle.
Like Shinchi Castle, it was captured by Masamune Date, a warlord of the Warring States period, and after that, great importance was attached to it as a castle on the border between the territories of the Soma and Date clans.
During the Boshin War, it served as a frontline base but was set ablaze during an enemy attack, which put an end to its history.
It is also called Gagyu Castle because it was shaped like a bull lying down. (It is written in Chinese characters as “castle with a bull lying down.”)