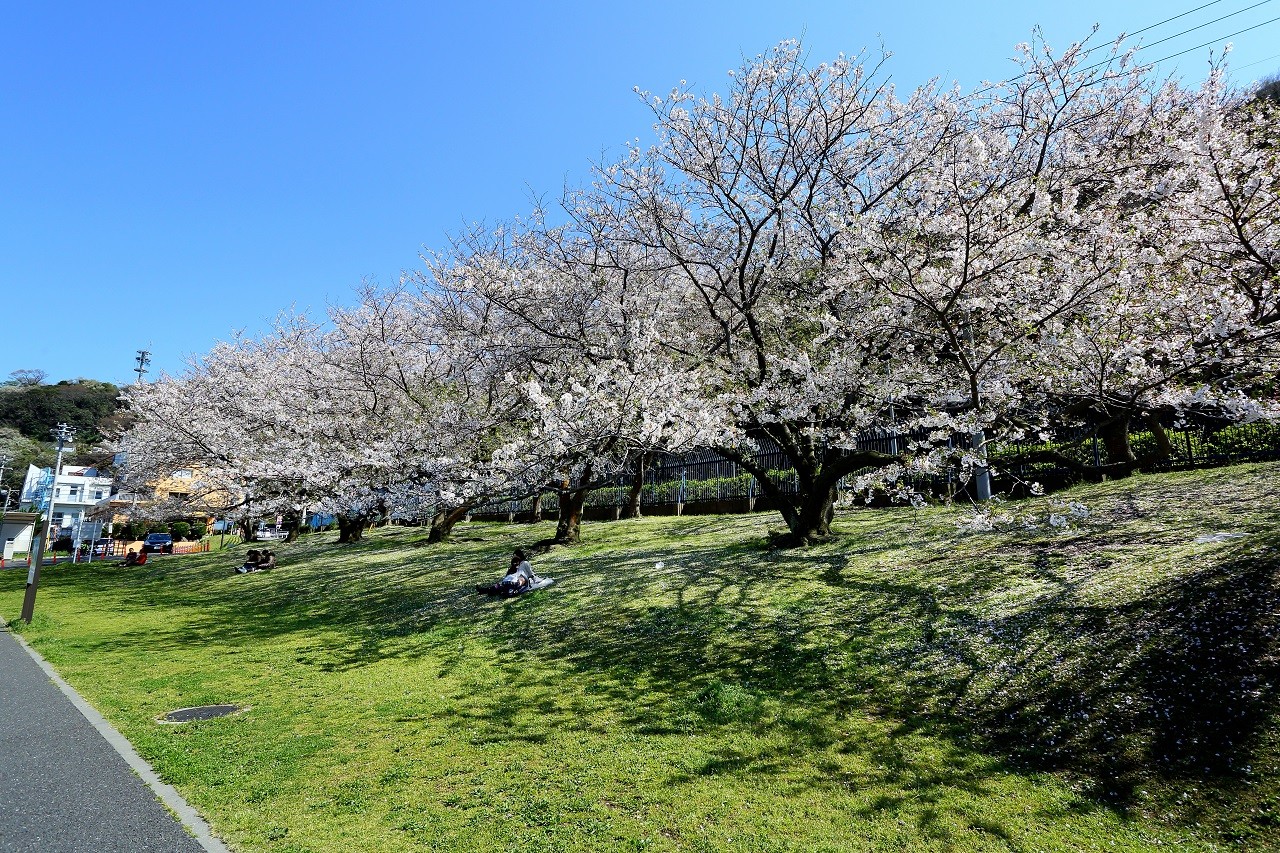 Hashirimizu Reservoir is a historic reservoir first used as a source of industrial water for Yokosuka Ironworks (which later became Yokosuka Dockyard) under the supervision of French naval engineer François Léonce Verny in 1876—the beginning of modernization in Japan.
Both the brick and concrete portions of this reservoir have been nationally registered as Tangible Cultural Property and as cultural properties composing Japan Heritage, and they are still in use.
About 1000 m³ of mineral-rich water springs here each day and is known as excellent drinking water. You can drink this spring water from a tap on the property of the facility’s parking lot. It has been named “Verny’s Water.”

*The water has been filtered through a filtration system.
*The Hashirimizu Reservoir is also famous for its cherry blossoms that bloom magnificently against a background of blue sea in spring. The area is open to the public during the blooming period (late March until early April).

Closed
N/A
(The reservoir’s property is closed to the public, but Verny’s Water is available throughout the year from a tap in the parking lot, except during maintenance and inspection periods.)