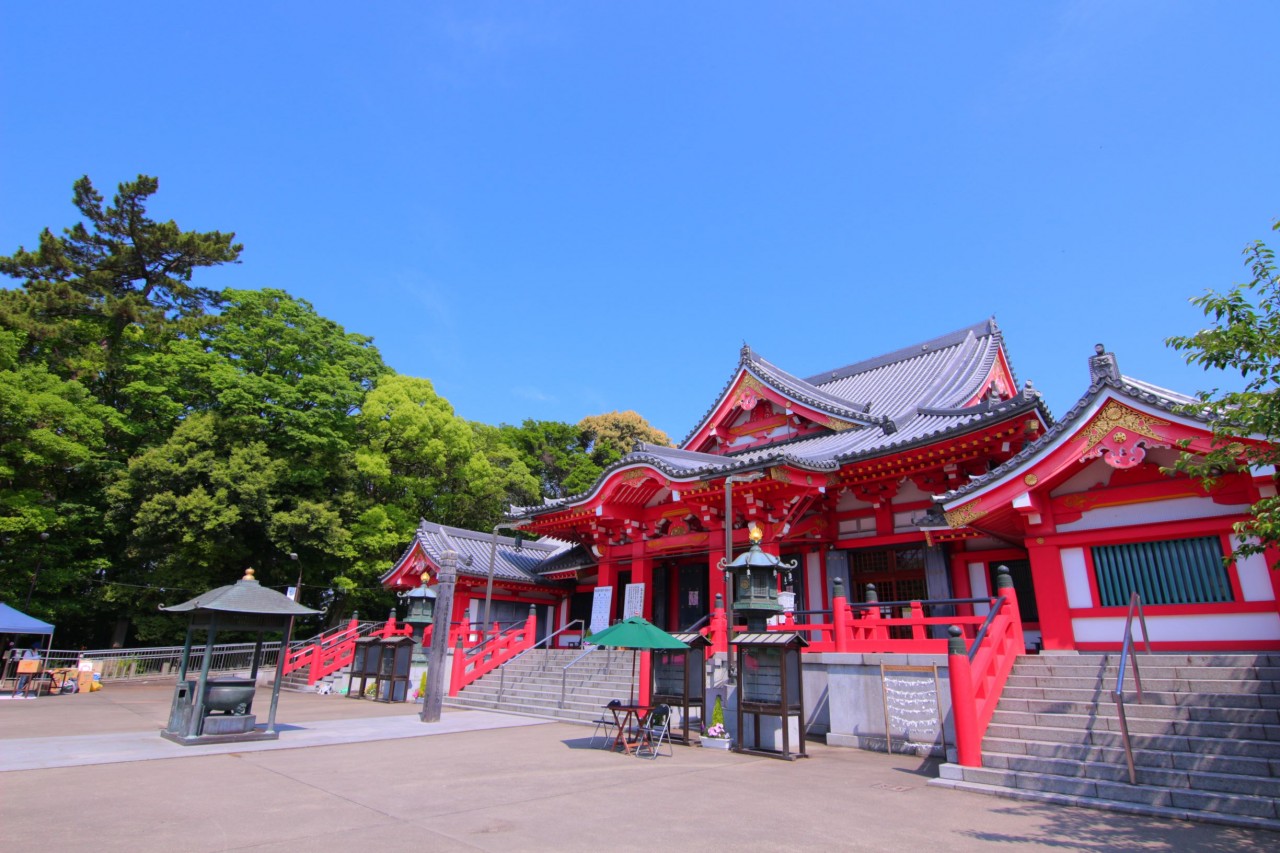 Hoou Jimokuji temple, popularly known as "Jimokuji Kannon" is a Shingo Chizan-sect temple that is said to have been built in 597.
The grounds house Nationally designated Important Cultural Properties "Sanju To", "Minami Daimon" and "Higashimon" as well as a total of 12 various halls, and by visiting these in order, you can experience the history of Jimokuji Temple.
Also, Jimokuji Temple is one of the representative temples of the "4 Owari Kannon Temples" which also include "Ryuji (South), Ryusenji (East), Arako (West)".
Jimokuji Temple is located in the North.
It is widely known by this name as it is said that the above four Kannon temples were built on all sides according to the calendar in order to protect Nagoya Castle and surroundings and even in modern times, every year during the setsubun period, the location is crowded with worshipers seeking fortune during the "setsubunkai" festival held every year.
Of the 4 kannon temples, the temple located in the "lucky direction" associated with the current year sees a particularly large festival during "setsubunkai" and it is said to be auspicious to worship at that temple.
The next auspicious year for Jimokuji Temple is 2022.

Closed
Open all year round

Transportation
Get off at Jimokuji Station on the Meitetsu Tsushima Line and walk for 5 minutes.

Parking
Available (Parking is limited, so public transit is recommended when visiting)