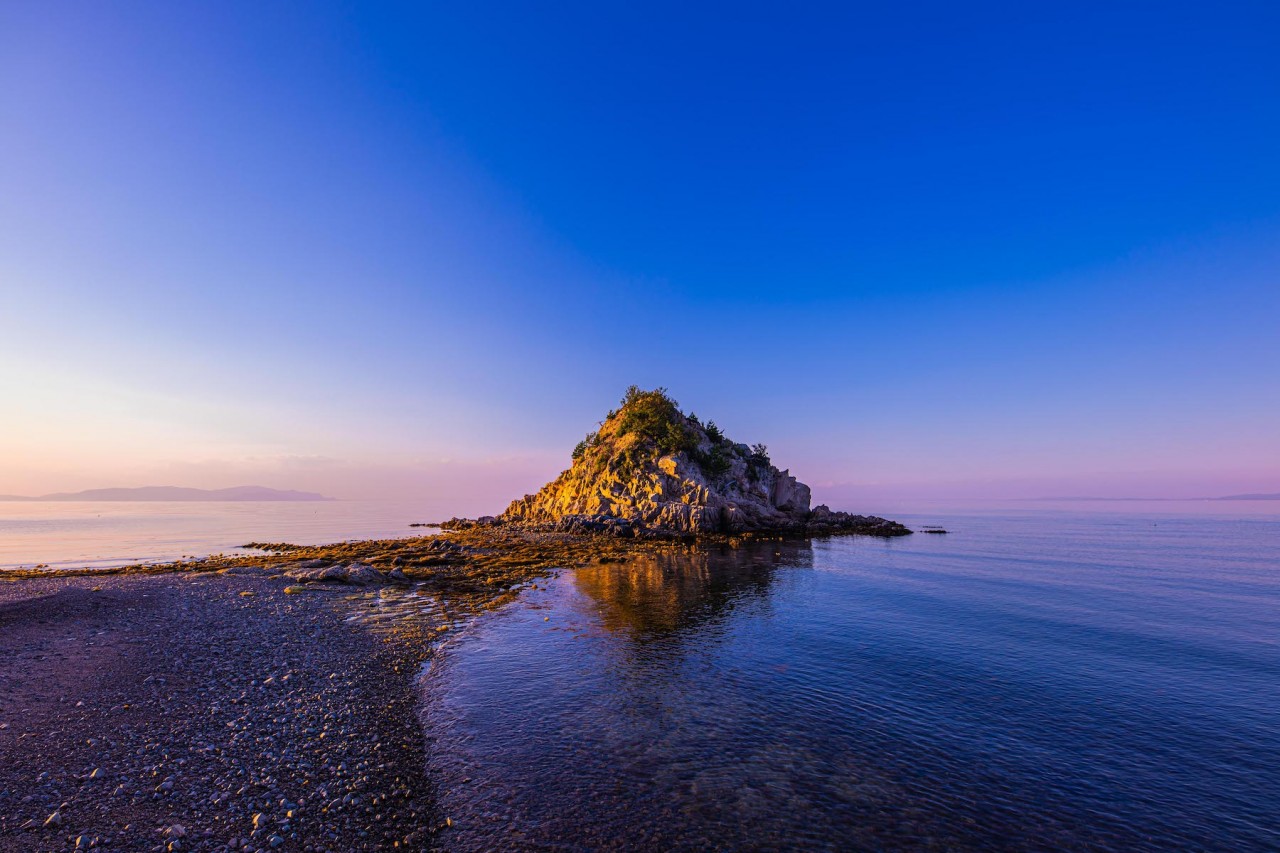 Joro Island is a beautiful granite land tied island, a term that refers to an island connected to the mainland at low tide so that people can walk between the two.

The Hiketa Castle Ruins (Shiroyama), located by the sea, are home to the tale of Osengoroshi (The Death of Osen), which goes as follows.

There once was a beautiful handmaiden to the lady of the castle who went by the name of Osen.
After she fell in love with a young Buddhist priest, they began to meet in secret on Joro Island. One day, Osen made her way to the island to wait for her beloved priest, but he never arrived. Eventually the tide came in and she was unable to return to the mainland.
Unable to think of an excuse for her absence from the castle, she threw herself into the waves instead.

Ever since that time, beautiful red fish have swum through the waters that surround the island.
When they are caught and eaten, they cause the person abdominal pain. People living near the sea here have long whispered that Osen, when she threw herself into the water, was transformed into a fish, and so even now this fish is still known as Osengoroshi.

The beauty of this island when connected to the land is especially visible during low tide.
*Sea level greatly varies in height depending on the season as well as time of day. Please check the "Shiomi-hyo" (Tide Information Board) for updates and further information.

During low tide, it is possible to walk across to the island from Tanoura Beach.
*Please watch your step as the way may be slippery or dangerous. Also please beware that you will only be able to return via Shiroyama after the tide rises.
There is also a route from the beach in front of Joro Island via Shiroyama.
※This is a mountain road located approximately 30 minutes from the Tanoura Campsite Trailhead Entrance.

If the sky happens to be particularly colorful for low tide during spring tide, the scene can be as beautiful as Mont Saint Michel.
This area is a highly recommended spot to visit with attractions such as the Hiketa Castle Ruins (Shiroyama), Tanoura Campsite, and the Sanshu Izutsu House all nearby!

Transportation
At low tide, you can cross over from Tanoura Beach.
*Access via Shiroyama is also possible (approximately 30 minutes of hiking)