"Verny Park", a French garden with a view of the Port of Yokosuka 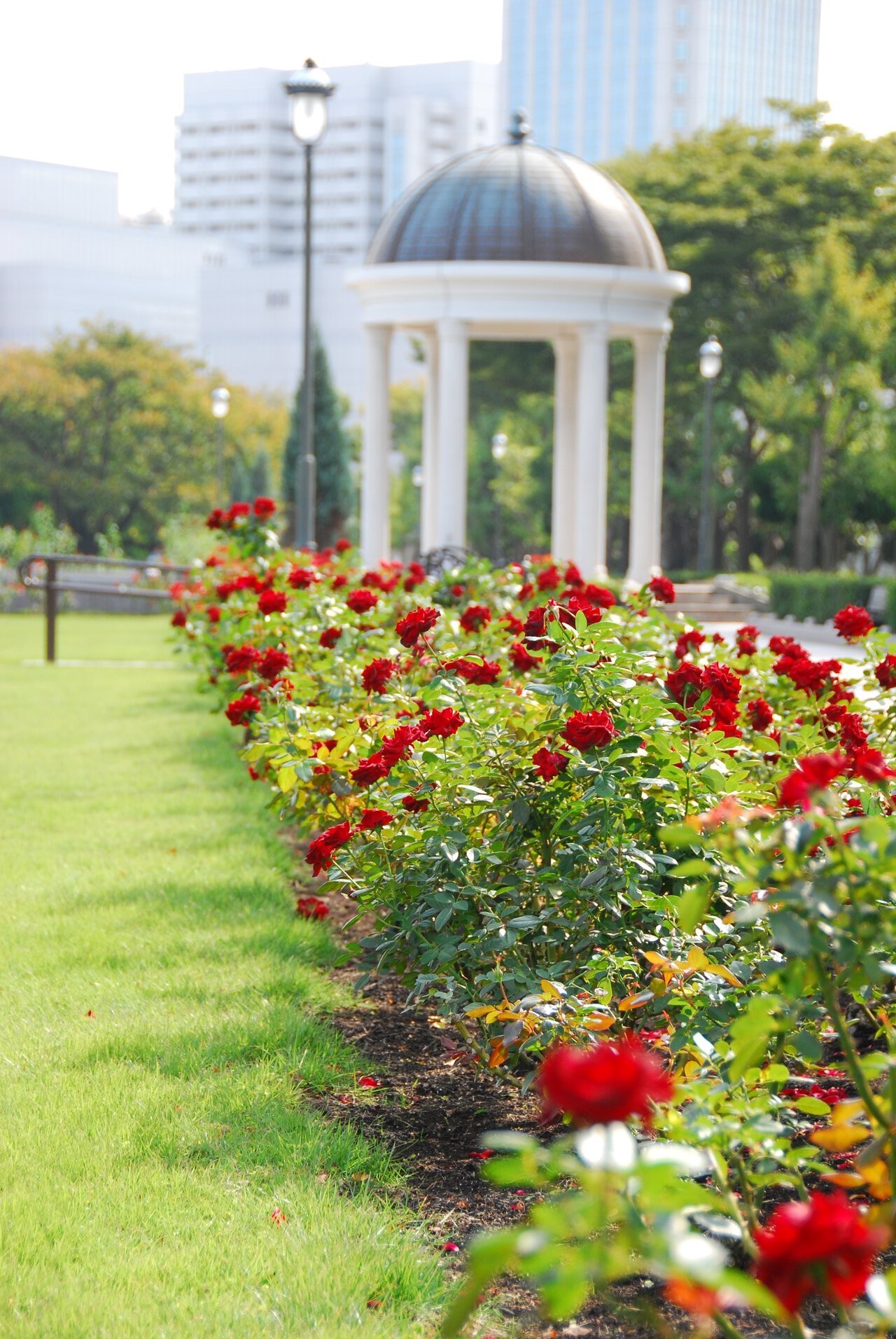 In 2001, the former “Rinkai Koen” (“seaside park”) reopened as Verny Park, incorporating the style of the French garden. It is a beautiful park that is famous for 1,400 or so rose plants that grow in flowerbeds placed throughout it.
A Western-style gazebo, a fountain, and lamps designed after gas lights create an exotic atmosphere.
The roses in the park bloom all at once from May to June every year, creating photogenic scenery with ships moored at the naval ports in the background.

Verny Park is an excellent scenic location with a view encompassing the JMSDF Yokosuka Naval Base and the United States Fleet Activities Yokosuka across the water.
There is a boardwalk and benches along the sea, making this park a favorite place among locals and tourists alike to relax and enjoy the soft sea breeze. 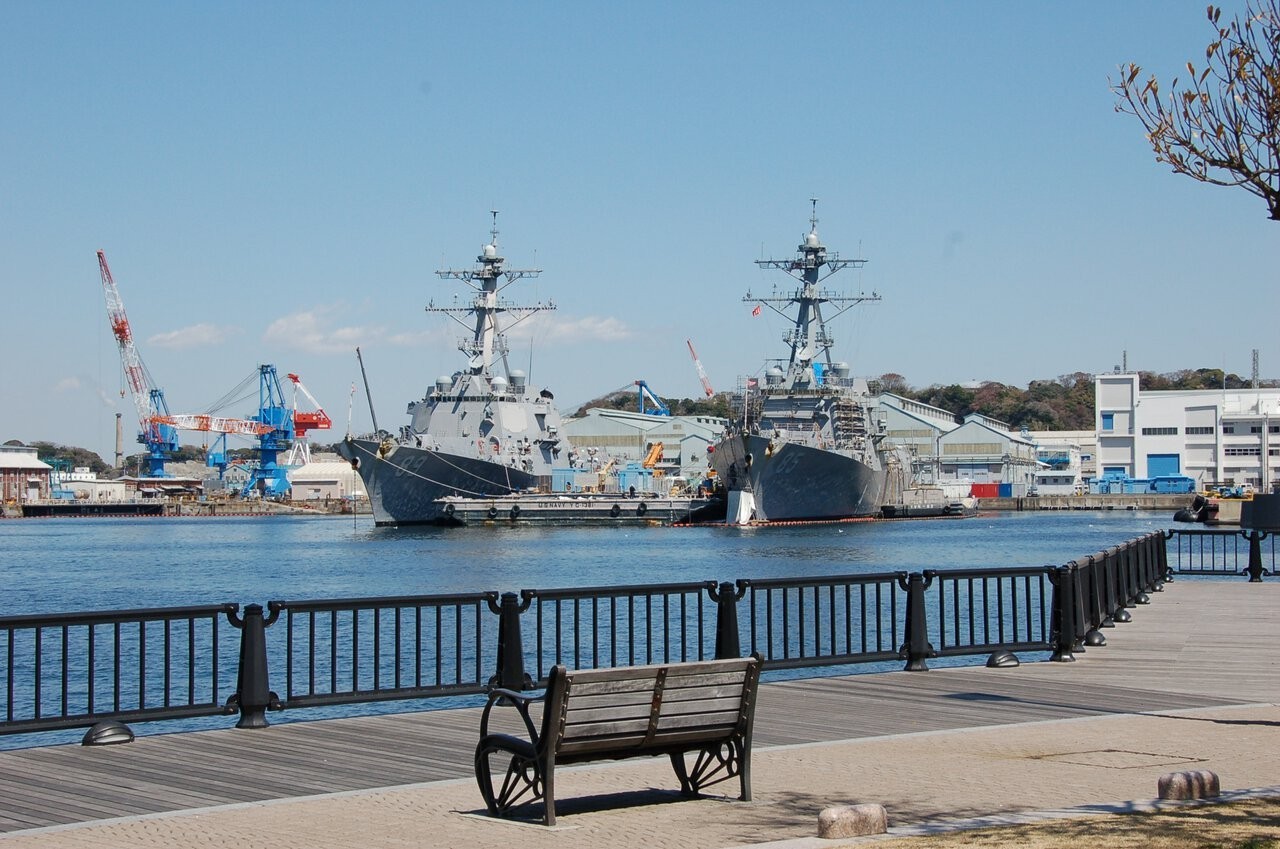 Across the bay from Verny Park, on the land where today stands the US Fleet Activities Yokosuka, there used to be the Yokosuka Iron Foundry (later the Yokosuka Shipyard).
Since Commodore Matthew Perry’s arrival in Japan around the end of the Edo period (1603-1868), the Tokugawa shogunate was becoming aware of its limited ability to defend itself against the Western powers. It therefore decided it was necessary to build a full-fledged shipyard to build new warships in order to reinforce its navy.
In 1865, a number of people led by Oguri Kozukenosuke Tadamasa, who had worked in important posts such as kanjo-bugyo (chief treasurer), began the construction of the Yokosuka Iron Foundry.
Verny Park is named after François Léonce Verny, a French naval engineer who was invited to manage the Yokosuka Iron Foundry at this time.
In addition to the Yokosuka Iron Foundry, Verny designed lighthouses beginning with the Kannonsaki Lighthouse, which was the first Western-style lighthouse in Japan. Verny is therefore sometimes called the “father of lighthouses” in Japan. 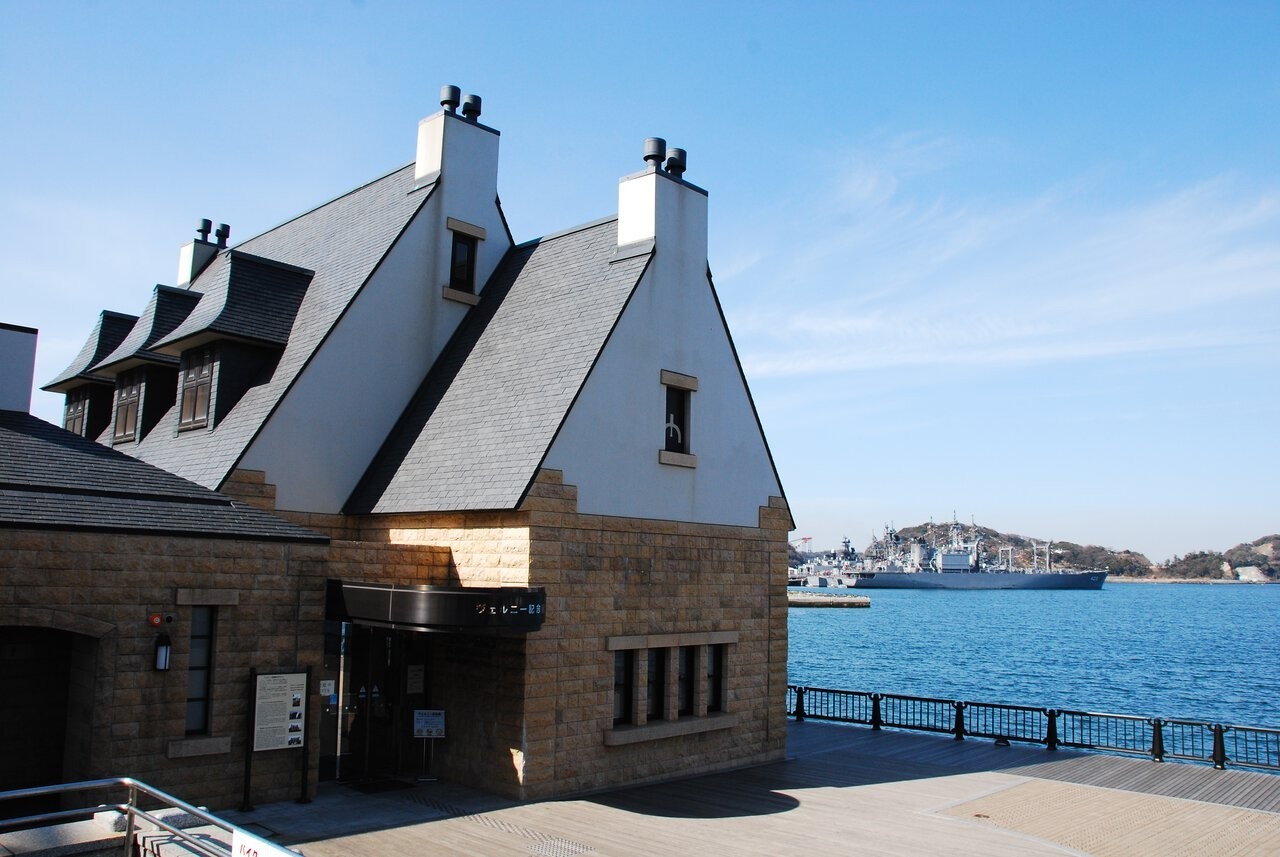 The Verny Commemorative Museum opened on May 1, 2002 in honor of Verny’s great contribution to Japan’s modernization and the historic significance of the Yokosuka Iron Foundry.
The museum exhibits tools that were used at the time and historical material related to the iron foundry, in addition to the two oldest steam hammers that still exist in Japan.
These steam hammers were imported from Holland in 1866, around the end of the Edo period, to be used at the Yokosuka Iron Foundry that was being built as a part of a modernization project.
As machinery that drastically improved industrial technology in Japan, they are a valuable cultural heritage and have been nationally designated as Important Cultural Property.

Opening Hours
Open all year round