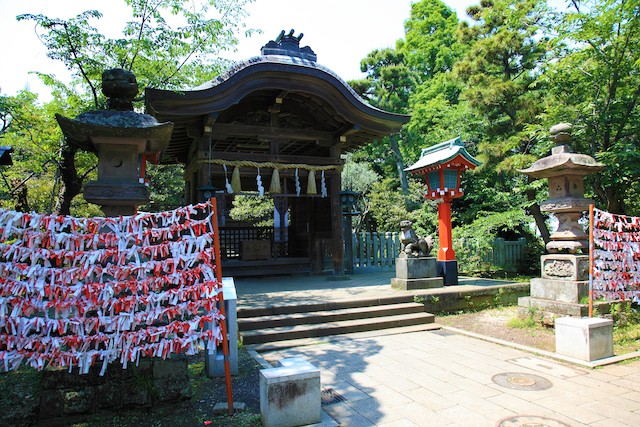 Enoshima Shrine is the collective term for three shrines and is made up of Hetsumiya, Nakatsumiya, and Okutsumiya.
Each of the shrines is dedicated to one of three sisters who are the goddesses of the sea, traffic, happiness, wealth, and improvement in performing arts (music).
The eldest of the three sisters, Tagirihime-no-Mikoto, is enshrined in Okutsumiya.
This place was called Hongu Otabisho until the Edo period and from April to October, it was the shrine for a place for the Benzaiten statue in Iwaya (cavern) to take shelter and avoid being damaged during typhoons and so on.
Also, the mural is known as a turtle looking in all 8 directions and is a piece by the artist Sakai Hoitsu from the Edo period.