“A lot of delicious food in Chofu”

Although Chofu is famous for “Jindaiji Soba (traditional Japanese noodle)” as its specialty, the city is now popular as a sacred place for a gourmet in the new genre of a voluminous “Deka-mori (extra-large portion)” and “Oh!! Kara!!” that pleases maniacs for Uma-kara (tasty and spicy) and Geki-kara (super spicy).

Let’s appreciate the gourmet that is never available elsewhere while visiting various sightseeing sports in Chofu!

“Futaba” is a popular Chinese restaurant loved by local people.

Run by a couple, the restaurant has a homelike atmosphere.

The smell and cooking scene over the counter stimulate your appetite.

2 minutes on foot from Fuda Station

*No credit card and electronic money are accepted.

“Ajuru” is a chic Western-style restaurant near Nishi Chofu Station.
A wide variety of menus―more than 30 kinds of dishes―are served at all times.

The repertory of pasta ranges from standard to seasonable pasta.

The restaurant serves authentic hamburger and steak carefully cooked by a chef as well as pizza and hashed rice. This is a must-try restaurant along with your family and friends.

This menu was specially developed to promote the rugby matches in Chofu.

“Bureburo-spa” is a luxurious dish－Naporitan with much ingredients topped with a  rugby-ball shaped omelet containing cheese and two 100% beef hamburgers.

Let’s enjoy a special spaghetti cooked by a chef’s masterful cooking skills to the full!  (*Reservation is necessary for the order.)

“Wakamatsu-ya” is a long-established popular soba restaurant that has inherited the traditional taste. It offers a satisfying menu of “Mega-mori & Choi-mega-mori,” such as mori soba or katsu-don, attracting various media and food fighters.

Due to its outstanding taste and cost performance as well as its large volume of home-made soba made of buckwheat flour produced in Hokkaido, you will be sure to feel like coming again.

It is viewed as an original Deka-mori restaurant in Chofu and consistently develops a new menu for Deka-mori dishes.
The restaurant serves the full and varied alcohol menus and can be reserved for a dinner party.

The volume of the rice of Wakamatsu-ya Mega-mori Series is about 1,500g.

In the case of noodles, the volume is about eight servings of noodles (about 1,500g).

Cutlet macerated with its family-secret home-made source is meaty and so juicy!

Mega-mori dishes can be shared among family members or group members with an extra 500 yen.

If you can’t eat all the dishes, you can take them home.

They say that a hidden menu can be served as a challenge for top food fighters. If you feel confident, just try it!

Choi-MEGA-mori is the most popular.

The volume of the rice of Choi-MEGA-mori is about 900g. In the case of the needle, the volume is about five servings of noodles (about 900g).

Thanks to its less volume than that of the MEGA-mori Series, you can fully enjoy eating the Choi-MAGA-mori Series.

5 minutes on foot from Fuda Station

*No credit card and electronic money are accepted.

Located on the fourth floor of a building near Chofu Station, “Kirin Hanten” is a Chinese restaurant in which genuine Chinese dishes and “Oh!! Kara” can be enjoyed.

It has been a purveyor to the Nikkatsu Studio for many years.

Its popular menus are “Sichuan-style Mabo Tofu” with a perfect balance between its rich taste and spicy taste and an authentic “Hot Pot”－Uma-kara (tasty and spicy) menus that you may feel like eating again.

A lunch special for the day starts from 680 yen. You can enjoy an authentic Chinese dish at a reasonable price.

A wide range of meals for a dinner party are also available, such as a single dish that goes with alcohol or all-you-can-eat/drink dishes that boast of their best cost performance.

A recommended dish at Kirin Hanten is “Sichuan Mabo Tsukemen” (1,100 yen). Originally, it was a seasonal menu, but it has created many addicted customers, it is now served as one of the popular standard menus.

Thin noodles that mix well with Sichuan Mabo are so delicious!
The level of spiciness can be selected from three levels.

The restaurant serves the Cho-Geki-kara (Ultra super spicy) level to customers who can’t be satisfied with those three levels. This dish will completely satisfy Geki-kara (super spicy) maniacs.

3 minutes on foot from Chofu Station

*You cannot take photos inside the restaurant. 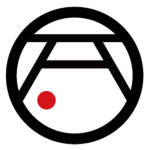 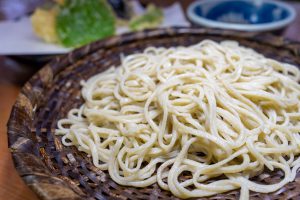