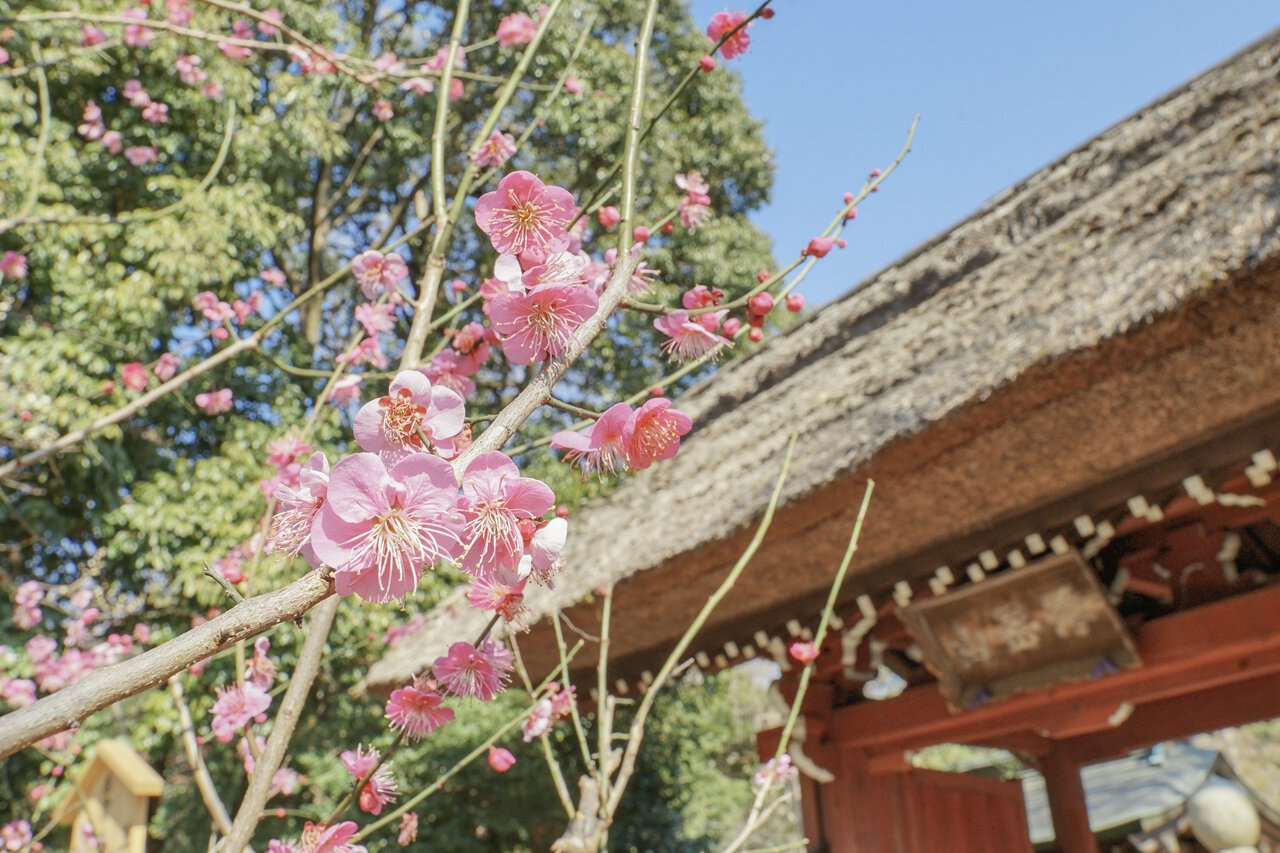 Jindaiji is a historic Buddhist temple in the suburb of Tokyo (Musashino area) and surrounded by rich forests and spring water.
The difference of four seasons is beautiful; cherry blossoms in Spring, firefly watching in Summer, Autumn leaves, and the traditional Japanese noodles festival (soba festival) in Winter.
Required time for visiting Jindaiji is about 30 to 40 minutes.
In addition to appreciating the historic architectures and the Buddhist statues in the temple, you can try many different activities, such as making Hand-made pottery (Raku-yaki), praying with holy fire (Gomadaki) and tasting the traditional Japanese noodles (Soba) that is made with the spring water in the area.
Also visiting the “Jindai Botanical Garden” and the Hot Springs will refresh your feeling and body. Both are located in nearby.
Enjoy the visit! 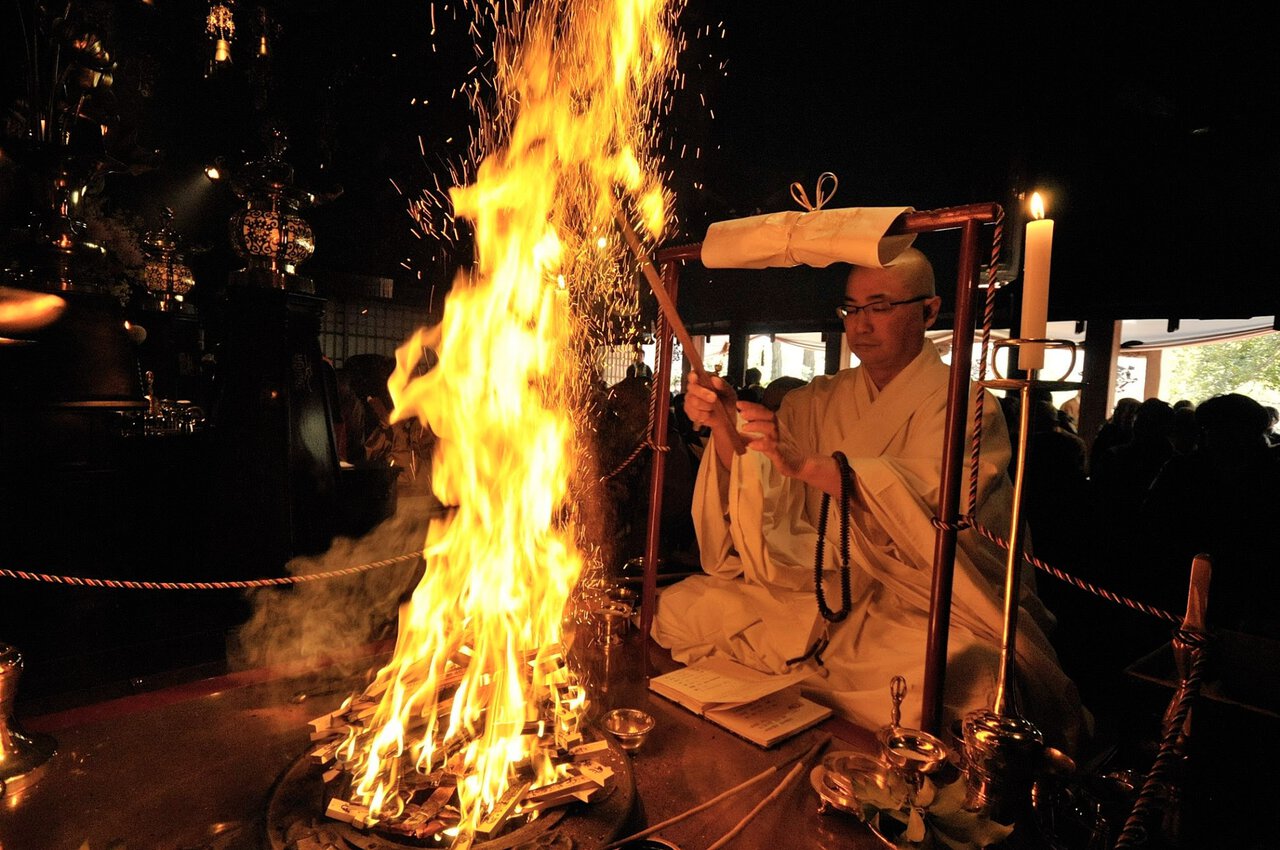 The “Goma Fire Ritual” is a typical Buddhist ritual which was passed down to Japan, Tibet and other places.
In Jindai-ji temple's Ganzan-daishi hall, Goma prayer (qualified priest) is performed every day.
In the front of the principal image, Goma prayer makes various offerings, burning them in order to get rid of evils and disasters. Then he prays for the protection of the Ganzan-daishi.
If you wish to get a talisman to receive the power of Ganzan-daishi for your prayer, including warding off evil, family safety and prosperous business are accepted, please pay the prayer fee at the reception of the Ganzan-daishi hall.

Visitors can freely enter the Ganzan-daishi hall.
However, wearing shoes and taking photographs are not allowed in the hall.

There is a talisman “Goma-fuda” which is attached to Ganzan-daishi hall; on the “Gma-fuda”, there is a drawing of Ganzan-daishi when he turned into a demon and drove off plagues.
This talisman has been believed to have power since ancient times. As it is popular in Japan, we often see those “Goma-fuda” attached to the entrance of the front door of houses.

The “Risho-fuda” is also a talisman on which 33 small figures of Ganzan-daishi called “Mame (tiny) Daishi” are drawn.
This is based on the belief that Ganzan-daishi took 33 forms, which are believed to be incarnations of the Kannon Bodhisattva, to save the people.
The talisman has been attached to the entrance or inside of houses for protection.
You can purchase a set containing both the “Gouma-fuda” and “Risho-fuda” at the delivery office. (500 yen)


The four seasons of Jindai-ji 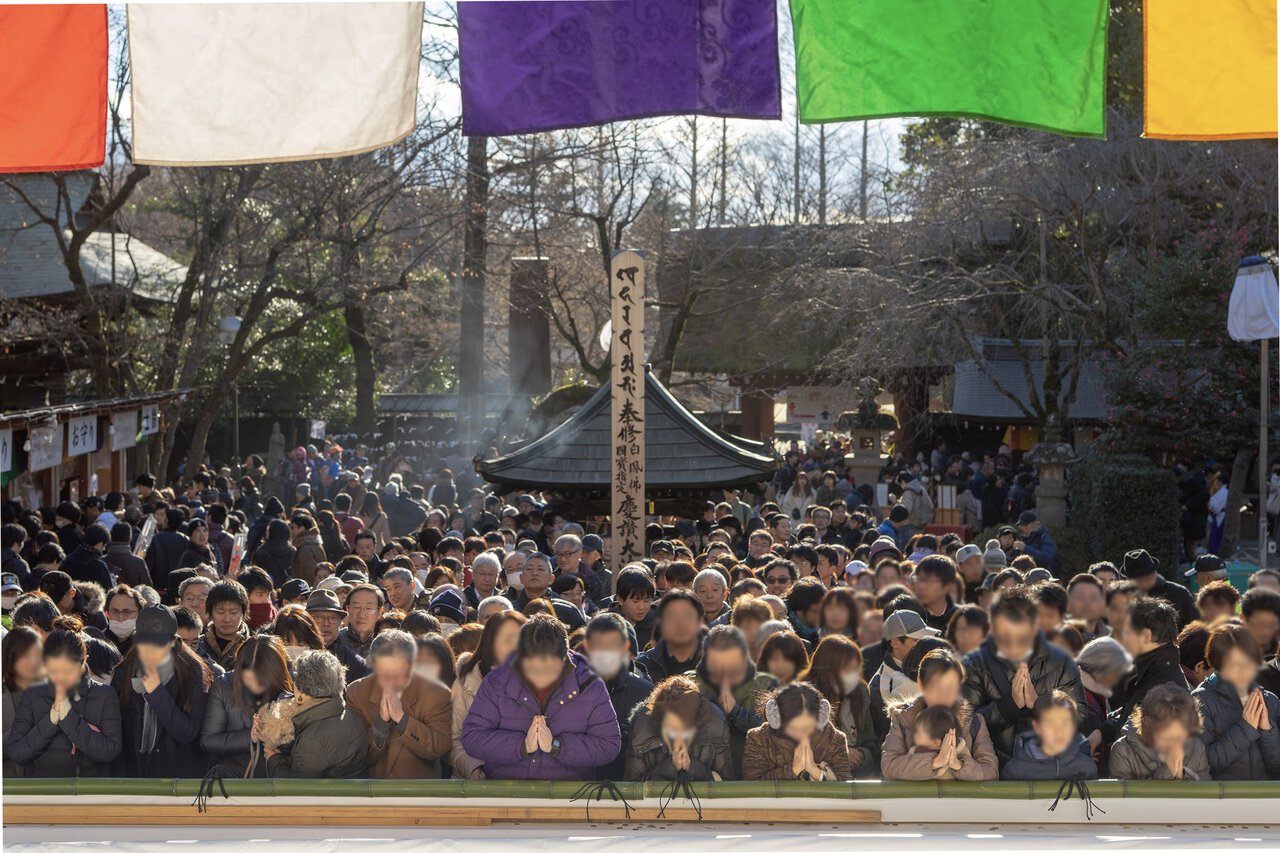 Jindai-ji Temple holds a variety of traditional Japanese events so that visitors can enjoy the charms of each season.

March [Daruma-ichi: Daruma Market]
Daruma is a popular item because it stands up immediately after it is dropped or pushed over.
The Daruma Market is held on March 3rd and 4th every year.
It is one of the three major Daruma markets in Japan.
While the market is open, about 300 Daruma shops line up within the precinct, and the market gets very crowded with people trying to purchase Daruma.

July [Hozuki Matsuri:Ground cherry Festival]
The Jindai-ji Hozuki Matsuri which takes place in the middle of July is a festival that symbolizes summer in Jindai-ji temple.
Bright orange ground cherries that look like lanterns are arranged to welcome spirits.
During this time, the Hozuki market is held in the temple precincts and along its path, with potted ground cherries on sale along with a craft market and live events.

August [Yusuzumi-no-kai: Summer evening party]
Jindai-ji Yusuzumi Event is another summer attraction held in early August every year.
Along the temple path, there are a variety of typical festival shops, such as candy shops, shooting games, gold-fishing and yo-yo games, and people can enjoy the summer of Japan.
Lots of people wearing yukata, which is traditional Japanese summer clothing, come.

November [Soma Matsuri:Soba Noodle Festival]
Jindai-ji Soba Noodle Festival is an event unique to Jindai-ji, which has been famous for its soba noodles since the Edo period(1603-1868).
It is held from late November to early December every year.
An event called the stamp rally is organized by soba restaurants that joined the Jindai-ji soba union. You can enjoy tasting a variety of Jindai-ji soba noodles, which are different at each restaurant, and collecting each restaurant's stamp. 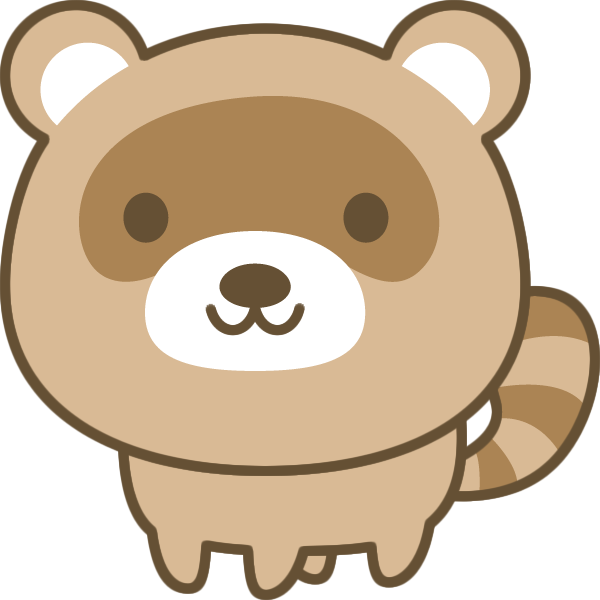