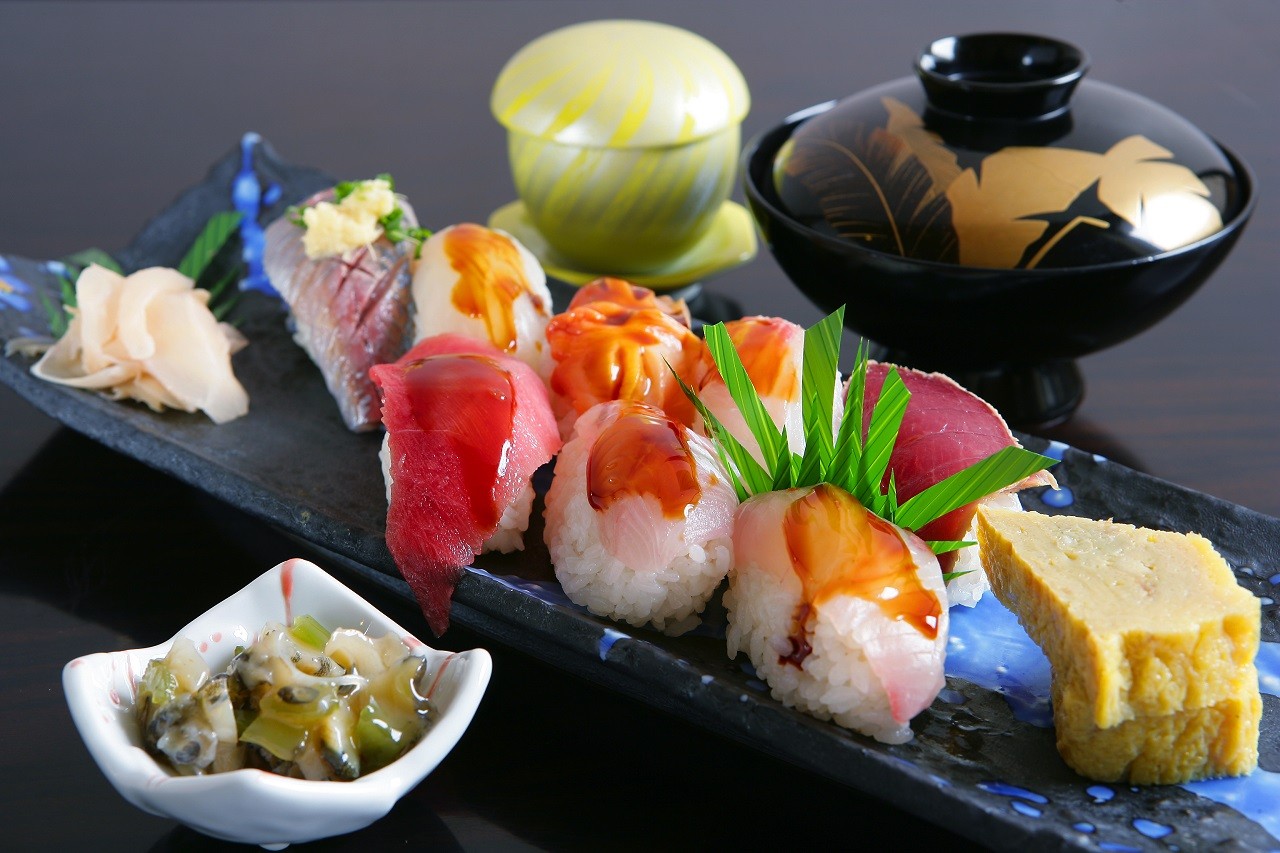 Tateyama has so many sushi restaurants all around the city that it is called "Sushi Town."
Many restaurants serve "Boshu Zushi," a type of sushi that is larger in size than Edomae sushi.
Edomae sushi refers to nigiri sushi that was born in the Edo period.
It could also be called Edo style fast food because it was apparently initially served at food stalls in Edo. The style of eating while standing at the stalls was an instant hit.
This, among other things, caused demand for raw fish to skyrocket at the end of the Tokugawa shogunate in Edo.
Once fished in Tateyama, fish caught locally in the sea were loaded on lightweight, fast boats and sent to Edo, so Tateyama developed as a fishing town.
Due to its location surrounded by natural harbors and its reputation as a supplier of raw fish to Edo, sushi culture took root in Tateyama.
In Tateyama, there is a theory that meals eaten by fishermen on boats is the beginnings of Boshu Zushi, and the larger Boshu Zushi became a local cuisine.

Closed
Depend on the stores

Charge
Depend on the stores

Parking
Depend on the stores