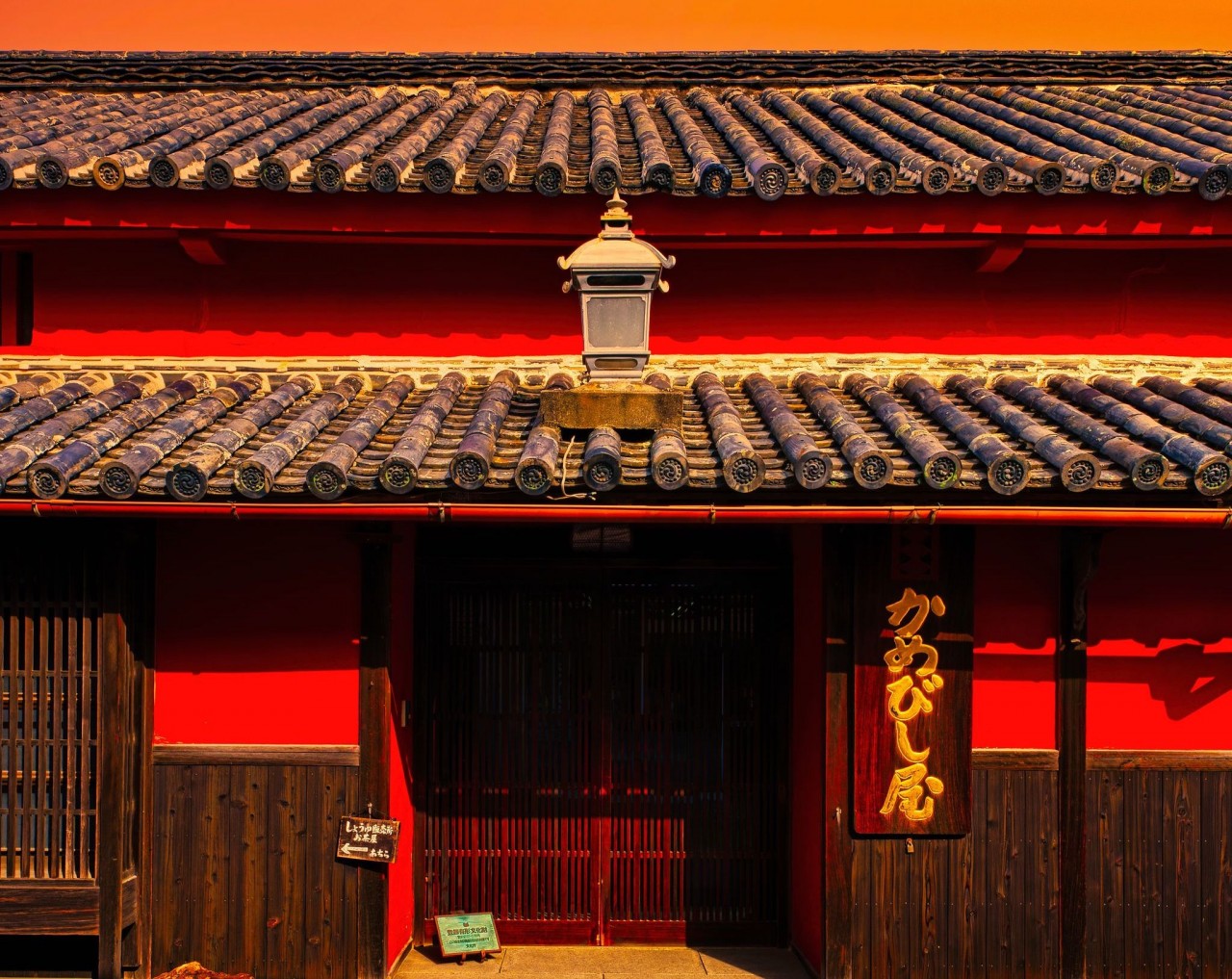 Kamebishi is a soy sauce manufacturer that was founded in 1753.
It is Japan's one-and-only soy sauce manufacturer that continues the 250-year-old "mushiro koji" tradition. Mushiro koji is a tradition of making soy sauce using koji grown on soft straw mats that dates back to Japan's Edo period.
This method of soy sauce production is designated by the national government as an Intangible Folk Cultural Property, and the Kamebishi building itself is recognized as a National Tangible Cultural Property.
You can take a tour of the soy sauce brewery and (depending on the time of the year) also participate in hands-on soy sauce making.
You can also shop for their soy sauce, as well as delightful snacks made with soy sauce — such as chocolates and udon noodles.